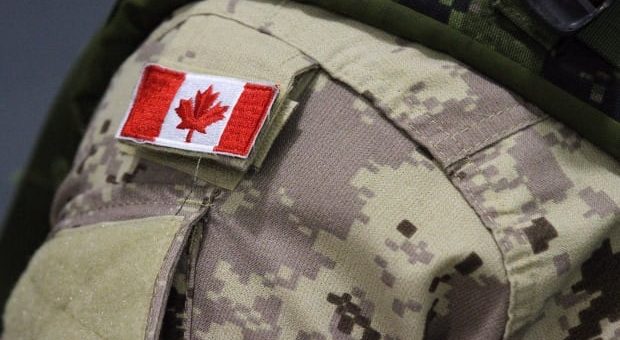 The Canadian Armed Forces has issued new orders to military personnel as senior commanders seek to address allegations of having been soft on hate in the ranks.

The orders, which aim to take a harder line on “hateful conduct,” follow a rash of high-profile incidents in which the military was caught flatfooted as service members were publicly linked to hateful actions or groups.

“The year before, it was more like a reaction kind of approach,” said Maj.-Gen. Marc Gagne, who oversees strategy, plans and policy within the chief of military personnel’s office. “We were reacting to cases.”

The new direction also comes as the military is actively working to recruit more women, visible minorities and Indigenous people to ensure it reflects Canadian society and is better able to operate in diverse theatres.

The new order aims to leave no doubt about what constitutes “hateful conduct” by banning anything — words, images or symbols — that encourages, justifies or promotes violence or hatred against individuals or groups.

“We were talking about different forms of misconduct: sexual misconduct, harassment, discrimination,” Gagne said. “But ‘hateful conduct’ was never clearly articulated…. We broke new ground by developing this definition.”

Troops are required to report any and all incidents while military commanders are expected to take action when incidents are brought to their attention. All have been warned that they will be held to account if they do not.

A database has also been created to track such incidents, based on the system created to monitor sexual misconduct in the ranks. New training for troops and screening for recruits is being developed.

More details emerge about the gunman who stormed into the grounds of Rideau Hall. He is facing 22 charges, most related to the multiple weapons he brought with him. 1:59

“The idea is basically as soon as you join, it’s crystal clear, and we’re going to keep reinforcing through education and training as you move through the ranks and as you assume more responsibility,” Gagne said.

Bernie Farber, chair of the Canadian Anti-Hate Network, described the new orders and definition as a positive and long overdue step. But he said only time will tell whether the military follows through in addressing hate in the ranks.

“Right now, these are just words,” he said. “They are good words…. But too often in the past, when they investigated, it has really only resulted — to the best of our knowledge — in a slap on the wrist. What we need to see from the Canadian Armed Forces is they take meaningful actions.”

The new approach follows a number of incidents in recent years in which the military has been accused of not doing enough to root out hate from the ranks.

Those incidents have ranged from sailors associated with the Proud Boys group disrupting a Mi’kmaq ceremony in Halifax in 2017 to the case of a Manitoba army reservist who was accused of being a recruiter for a neo-Nazi group.

Patrik Mathews is currently in custody in the U.S. with two other men after disappearing from his home in Beausejour, Man. The FBI has accused them of plotting to start a race war on behalf of The Base, a white-supremacist group.

Senior commanders also faced months of questions and criticism after a military intelligence report in 2018 identified 30 service members as belonging to hate groups or having otherwise made discriminatory or racist statements.

The Armed Forces eventually reported in November that 16 of those members had been warned, disciplined or ordered to take counselling but allowed to stay in uniform. A number of other cases were described as “ongoing.”

Canada’s Armed Forces is trying to focus on busting myths and shedding light on the positive experiences of women in the military as part of an ongoing campaign to recruit more women. 5:02

It also comes amid concerns about systemic racism within the military, RCMP and other government institutions.

Service members have been told that more detailed policies and orders on systemic racism are coming soon.

Gagne said the new orders are just the first step in a much longer effort to change attitudes within the Armed Forces and ensure the military is leading by example when it comes to hate.

“To change culture, to change group dynamics, to change or modify perceptions and beliefs will take time,” he said “But we had to take action. Somebody may think this is a one-off. But those little one-offs could erode the institution.”

Samantha Akkineni does it again; wows with her impeccable style
2021-09-09