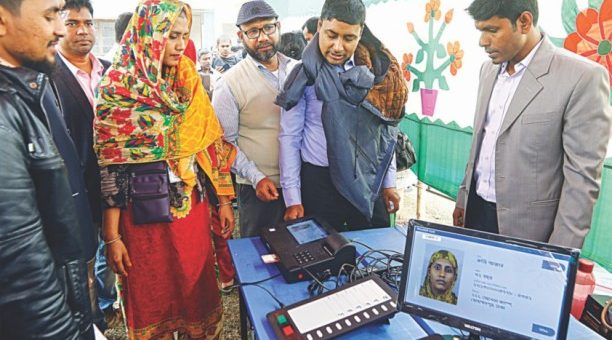 Today, Dhaka dwellers will turn out in droves to vote for the candidate(s) of their choice. Or so we hope, despite the fact that in the Dhaka North City Corporation mayoral election held last year, the turnout was extraordinarily low, signifying the general apathy that has developed in people regarding the electoral process. We call upon the people to exercise their right to franchise and demand a free and fair election from the Election Commission, which is their right as citizens of a democratic country.

Today, we hope voters will not be harassed on their way to the polls, polling agents of all candidates will be allowed to carry out their duties without fear and coercion, and no voter will be intimidated or tricked into voting for a candidate s/he did not choose. We hope so, despite the allegations of such untoward incidents having happened during the 2018 national elections. Unfortunately, the EC did little to address the allegations of harassment of opposition candidates and their supporters, absence of opposition party polling agents, stuffing of ballots, orchestrated lines at polling centers, voter intimidation and so on. We pray that this time the EC will do their due diligence and ensure safety and security of the polling agents as well as that of the voters, and that they would take immediate and exemplary action against miscreants when they receive any complaint. We hope the law enforcement agencies will provide protection to those they are supposed to protect—the public—and not any one party.

We hope there will be no irregularities in the first-ever major EVM polls in the country, and no voter shall feel their vote was “stolen” from them. We hope so, despite the hurried and undemocratic way in which EVMs were instituted, and despite fears that election officers can override a certain number of votes in the absence of Voter Verifiable Paper Trial (VVPAT)—a printed receipt of sorts which shows voters that their votes have been cast and for whom. We call upon the EC, as we have in the past, to ensure that concerns of the opposition parties and the public are quelled regarding the (mis)use of EVMs.

Today, we hope the EC will rise to the occasion and fulfill its obligation to the people by ensuring a free, fair and peaceful election and put to rest all concerns regarding their unsatisfactory performance in ensuring a level playing field in the months and days leading to the polls.

Finally, we hope whoever is elected today will fulfill the promises they made in their election manifestos (even if they were published too late) and make Dhaka into a city that its inhabitants are proud to call home.

Here’s how much Jawaani Jaaneman is expected to earn today