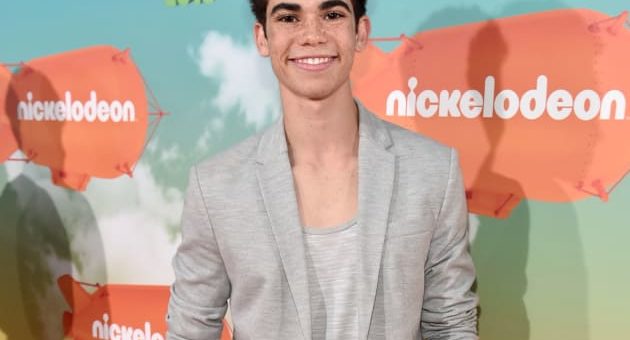 We have a couple updates on the tragic death of Cameron Boyce.


As previously reported, the beloved Disney Channel star died in his sleep on the afternoon of July 6 after suffering a seizure.


According to multiple outlets, the young actor had been diagnosed years ago with Epilepsy. He was only 20 years old.


We can now confirm that an autopsy was performed on Monday and that a cause of death was deferred pending “further investigation.”


This doesn’t mean any foul play is suspected or anything, just that authorities are gathering more information before they finalize their findings and make them public.


“It is with a profoundly heavy heart that we report that this morning we lost Cameron,” the actor’s family said in a statement over the weekend, confirming his death and adding:


“He passed away in his sleep due to a seizure which was a result of an ongoing medical condition for which he was being treated.”


Boyce started his acting career at the age of nine and was then cast in the movie Grown Ups two years later.


He portrayed the son of Adam Sandler’s character in that film, which is why Sandler paid tribute to Boyce via an emotional Twitter statement this week. It read as follows:


Too young. Too sweet. Too funny. Just the nicest, most talented, and and most decent kid around.


Thinking of your amazing family and sending our deepest condolences.


In the wake of his shocking passing, Cameron’s dad has now issued a statement of his own.


“I’m overwhelmed with the love and support our family has received,” Victor Boyce wrote on Twitter, adding:


“It really does help to ease the pain of this nightmare I can’t wake up from. I can’t thank you guys enough.”


In part, this is what it said:


“His generosity of spirit, his joyful embrace of all life has to offer, and his unwavering commitment to social justice were only a few of the traits that made us all fall in love with him…


“From Jessie, to Jake and the Neverland Pirates, to Gamer’s Guide, to his most recent work on Descendants, Cameron has been a humble and hilarious presence in our lives – and the lives of tens of millions of kids – for nearly half of his 20 years.”


In addition to Marsh’s message to employees, numerous fans and celebrities have shared tributes to the late 20-year old on Instagram and Twitter.


“He was younger than me but taught me how to spread love and kindness more than anyone that has ever been in my life,” she wrote. “There is a hole in my heart that will never heal left for you. I will never stop talking about you.”


Boyce also earned a tribute from his Jessie costar Skai Jackson, who played his sister Zuri.


“I don’t even know where to start… I am at a loss for words. I never thought in a million years I would be writing this,” she captioned her post.


“Cam, you were one of a kind. My heart will be forever broken. I am so happy that I got to spend almost everyday with you on set, you gave the best hugs…


“Thank you so much for being the big brother I never had… I am so distraught and I cannot stop crying!”


Our heart breaks for the loved ones of Cameron Boyce.


May he rest in peace.

Did Nusrat Jahan confirm her relationship with Yash Dasgupta?
2021-09-03