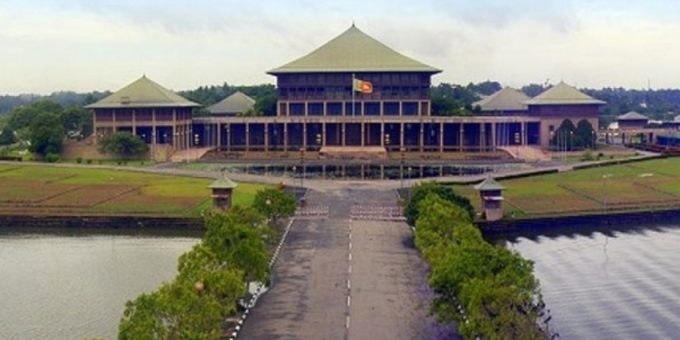 COLOMBO (News 1st); The Janatha Vimukthi Peramuna says that an election can be conducted after dissolving Parliament by passing a resolution with a simple majority.

Lawyer Sunil Watagala, a JVP member, pointed out that these measures can be taken in line with the provisions on dissolving Parliament under the 20th amendment.

What were the provisions on dissolving Parliament before the 20th amendment?

“We know that it was J.R. Jayawardana who used that power first. He had about a year to dissolve Parliament. That situation changed under the 19th amendment. Under the 19th amendment, Maithripala Sirisena couldn’t dissolve Parliament for four-and-a-half years. But there is a small loophole that allows Parliament to be dissolved before four and a half years. The Parliament can pass a resolution to that effect. But that needs to be passed with a two-thirds majority. Only then Parliament can be dissolved,” said Watagala in his lengthy explanation.

What are the provisions on dissolving Parliament under the 20th amendment?

The provisions relating to this are under Article 70 (1).

However, according to Attorney-at-Law Sunil Watagala, that provision was changed using the powers of Gotabaya Rajapaksa.

He said that if the President can’t run the country properly and if the Parliament is not being accountable to the people, they can name a new administration with a simple majority.

“We are requesting the President to go in for an election,” he urged.

One Omicron variant symptom that appears on your skin