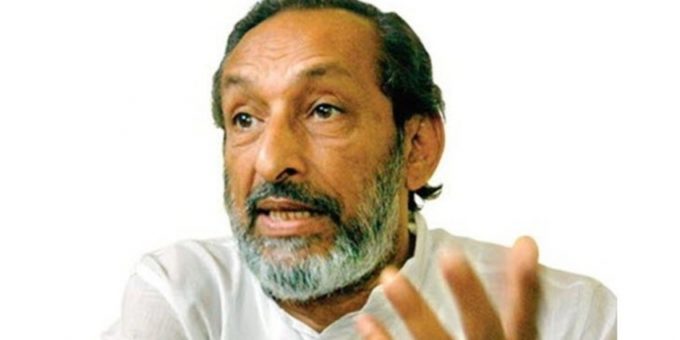 COLOMBO (News 1st): The Cabinet of Ministers will be briefed on the Former MPs and current MPs who have failed to pay their water bills, Vasudeva Nanayakkara, the Minister of Water Supply said on Sunday (Feb. 6).

The Minister noted that around 45 such MPs and Ministers have been identified so far.

Some MPs and Ministers have been instructed to obtain the relevant funds to settle water bills, through the relevant Ministries as they have been allocated the official residences at the Ministry level, Minister Vasudeva Nanayakkara said.

The Ministry officials informed that they are unable to pay the relevant bills as there is no such system to obtain funds at the ministry level to settle bills, he added.

Accordingly, a final decision in this regard will be taken after informing the Cabinet of Ministers about this situation.

Based on the response given by the Cabinet, action will be taken against the Ministers and MPs who fail to settle their water bill payments, Minister Vasudeva Nanayakkara further said.