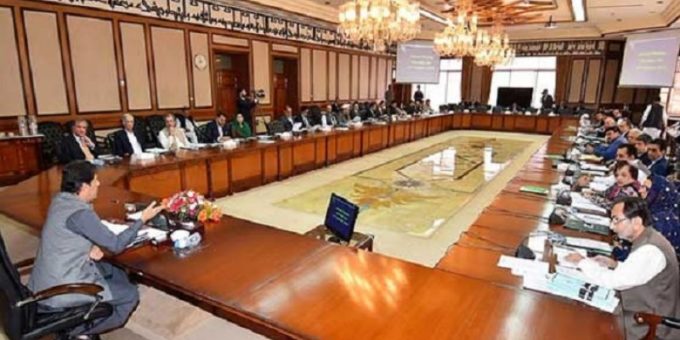 The federal cabinet has approved an increase in the salaries of 370,000 government employees, from grades one to 16, while provincial officers will not benefit from the move.

The decision came during a federal cabinet meeting chaired by Prime Minister Imran Khan on Tuesday, where views were exchanged on the country’s economic and political situation.

According to sources, Federal Minister for Defence Pervez Khattak briefed the federal cabinet about salaries of government employees. Moreover, a report on organisations’ CEOs and heads was also presented during the meeting.

As many as 80 top positions are vacant in several ministries, divisions, and departments, to which PM Imran Khan, taking stern notice, reprimanded the concerned secretaries.

The premier, asking why the posts of chiefs were vacant, ordered to determine who was responsible.

As the premier was updated on the coronavirus vaccination drive, he said that the inoculation should be done without any discrimination — and coronavirus standard operating procedures (SOPs) should be implemented.

Moreover, a briefing on the metro bus service project in Islamabad was postponed till the next meeting.

What To Mix with Vitamin C Powder for Glowing Skin

‘Confidence is everything’: Madonna shares video of son David Banda in a dress
2021-05-31