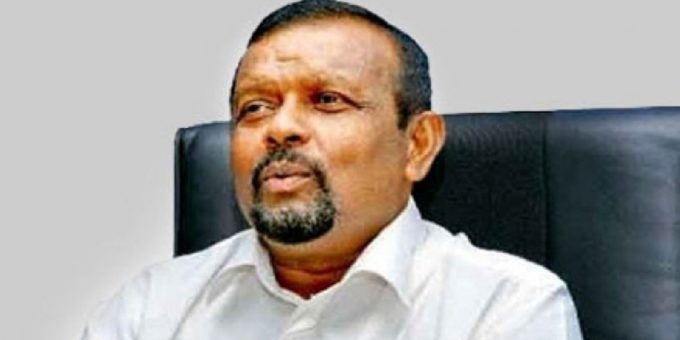 COLOMBO (News 1st); Minister of Lands, S.M. Chandrasena says that the Cabinet has given approval to import more nano nitrogen fertilizer and to provide organic fertilizer to farmers free-of-charge.

The Minister made these remarks after the Cabinet meeting held today (12), speaking to media.

Accordingly, he said that the Cabinet had discussed the fertilizer crisis, and had decided it is not suitable to import urea.

Moreover, the Minister said that the Cabinet also took the decision to provide more nano nitrogen fertilizer instead of urea, and to provide compost free-of-charge.

” I feel that this decision is good at this time. The President instructed the agriculture minister to bring down urea in amounts that are similar to nano nitrogen,” he added.

They took part in a program introducing nano nitrogen liquid fertilizer to farmers in Kilinochchi today (12). These relevant visits were taking place with the intervention of the Ministry of Agriculture.

Dr. Tharunendu Singh, the Divisional Head of the IFFCO company speaking to media stated that the required amount of nitrogen can be obtained by mixing 4 ml of Nanorajah with one liter of water per day.

Air pollution: As AQI level turns severe, here are groups most at risk from pollution complications

Video: Crowds from across UK at Kashmir Solidarity March in Manchester
2019-09-29