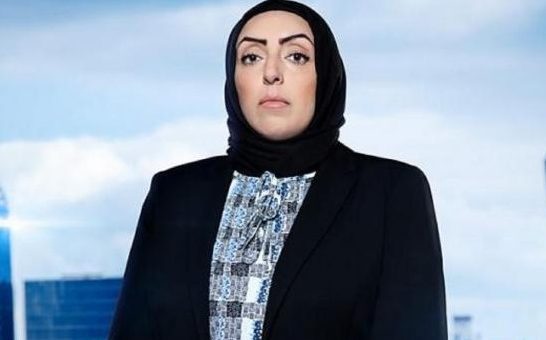 Bradford’s Shama Amin has been forced the quit The Apprentice on medical grounds, according to national newspaper reports.

According to reports in the Daily Star, the mum-of-five has told Lord Sugar about her battle with rheumatoid arthritis, a condition that causes pain and stiffness in joints.

Our candidates are set to get their teeth into @Lord_Sugar‘s next task… but who’s heading for a brush with the boardroom? 🪥

Watch all new #TheApprentice on iPlayer at 9pm pic.twitter.com/fkzBRgM1NM

Reports in the Daily Star give a sneak-peak into this week’s episode, where Shama Amin reveals how filming has affected her health.

She says: “I would just like to say something, Lord Sugar, if that’s OK. I suffer from a condition called rheumatoid arthritis.

“Because of medical reasons, due to this process being so physically demanding, despite the efforts the whole team has made to support me, I’ve had to make a difficult decision to leave the process.”

Lord Sugar replies: “Well Shama, I’m really sad to hear that. I wish you and your family all the best for the future.”

Who is Shama Amin?

The Apprentice’s Shama Amin is the owner of a children’s day nursery in Bradford, having moved to the area almost 20 years ago.

A mother of five children, Shama gave up her original banking job to look after her children but is now ready to invest in The Little Academy Day Nursery, located on Manchester Road.

The nursery was rated ‘Good’ by OFSTED in 2018 and Shama hopes to build on this and prove she has the “skillset that is required to be one of the best, successful businesswomen in the early years sector.”

Shama Amin leaves The Apprentice on the third week of the competition.