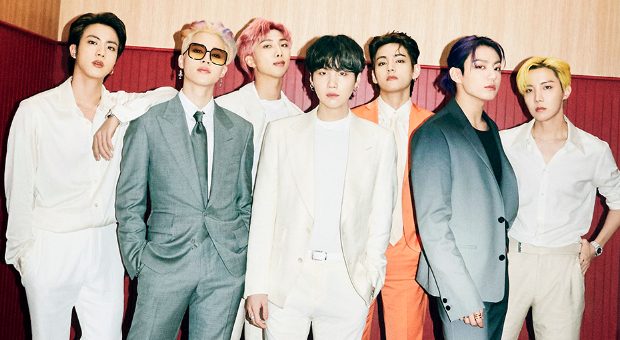 It’s happening! Grammy-nominated group BTS will perform at the upcoming Billboard Music Awards 2021, two after they release their second English single. The group is nominated in 4 categories.

On May 11, BTS confirmed that they will perform their upcoming single ‘Butter’ for the first time at the BBMAs 2021. The announcement read, “We can’t hold it in any longer! Our debut performance of “#BTS_Butter” will be at this year’s @BBMAs!”

We can’t hold it in any longer! Our debut performance of “#BTS_Butter” will be at this year’s @BBMAs!
Watch on Sunday, May 23rd at 8pm ET/5pm PT on @nbc#BTS #방탄소년단 #BBMAs pic.twitter.com/w53nrpPdOf

BTS is nominated for Top Duo/Group, Top Song Sales Artist, Top Selling Song (‘Dynamite’), and Top Social Artist (Fan voted). In 2018, BTS made their stage debut at Billboard Music Awards with a power-packed ‘Fake Love’ performance. In 2019, they performed ‘Boy With Luv’ with Halsey. In 2020, they performed their chart-topping English single ‘Dynamite‘.

The nominations of 2021 BBMAs were announced on April 29. The Weeknd is leading with 16 nominations this year for his ‘After Hours’ record and the chart-topping song ‘Blinding Lights’. He is followed by DaBaby coming in with nine nominations. Dua Lipa, Taylor Swift, followed by Lady Gaga and Ariana Grande bagging three nominations, each.

Hosted by Nick Jonas, The Weeknd will perform while Drake will be felicitated with the Artist of the Decade Award at the Billboard Music Awards 2021 on May 23, 2021.

ALSO READ: BTS’ RM and Jungkook look sharp in teaser photos ahead of ‘Butter’ release on May 21

Assassin’s Creed Valhalla: Wrath of the Druids — What to Expect

Australia fires: The farmers burying their own cattle
2020-01-14

Shweta Tiwari’s Road to Recovery: I dealt with My First Marriage like an Infection which Could be Poisonous
2019-11-12

Abu Dhabi bans travel in, out and within emirate to limit coronavirus spread
2020-05-31