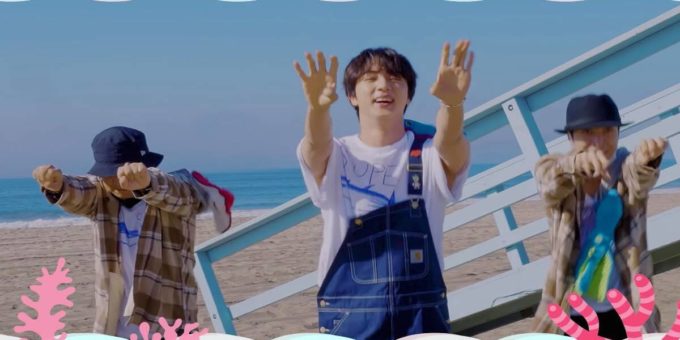 BTS’s eldest member Jin didn’t think that his song Super Tuna would become such a rage on the internet. The song, which was a surprise for ARMY on his birthday, has inspired dozens of fan edits, videos, memes and even a tuna dance challenge on Tik Tok.

A rather embarrassed Jin took to Weverse and wrote, “No, why are you doing the Super Tuna Challenge, when there are so many songs you can choose. If it becomes a bigger deal, the company might want to make a second verse…”

Fans can’t stop laughing and have commented, saying that they love the song because it is so energetic and a lot of fun to dance to.

The BTS singer turned 29 on December 4, and following their tradition, he cut the cake during his V Live session. During the session, Jin explained the story behind his track Super Tuna. The singer confessed he was embarrassed of the song. He explained that the song is purposely an average song and it’s funny but he’s ‘embarrassed by it.’ He added that the quality of the video is also awful. He said that the song was shot at the theme park he recently visited in Los Angeles. The band was in LA for their Permission To Dance concert, and the members as well as the fans sang happy birthday to him on stage which made Jin rather emotional.

“SLPP is a separate branch of SLFP, the only difference is that we did not join forces with the UNP” : Mahinda Rajapaksa
2019-10-20