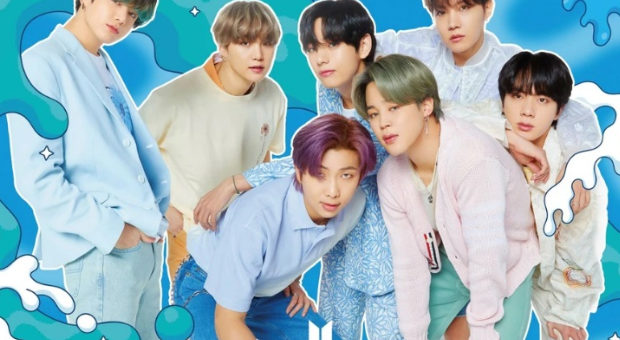 The virtual concerts have come into play! Due to the coronavirus pandemic, the majority of artists around the world have had to cancel or reschedule their world tours. This has also kick-started the online shows that have turned out to be an intimate experience. With that being said, iHeartRadio Music Festival 2020 has announced their lineup for their virtual concert which only popular group BTS, Coldplay Migos, Miley Cyrus, Kane Brown with Khalid, Thomas Rhett, Usher among others.

According to Variety, the tenth-anniversary showcase will take place on September 18 and 19 and will air on the CW on September 27 and 28. There will be five artists per night who will tape their performances at Nashville and LA stages as many artists live there. While BTS has been taping most of their performances from Seoul, it seems like they will follow the same suit.

John Sykes, president of entertainment enterprises for iHeartMedia, revealed, “The ongoing pandemic has caused the narrative to change literally daily. So it’s challenging the entire radio and television community to reinvent how we connect artists with their audience, At iHeart, we have been reimagining since March 29 when we ran the Living Room Concert after the iHeartRadio Music Awards were canceled.”

He added, “We figured out a strategy to put safety first and still deliver a live music experience. What [chief programming officer for iHeartMedia] Tom Poleman and I did was sit down and say, we do have a theater — the iHeartRadio Theater in Los Angeles — which will be completely scrubbed and cleaned with no audience. We’ll put a Zoom suite of fans in there so the artists can look out and see, but they won’t really be there. And we’ll have a production team outside the facility remotely in a parking lot and the artists will have the venue to themselves for an entire day. They’ll be able to rehearse, plug in and play live, we’ll have video effects and sound.”

Keeping the safety guideless in check, Skyes further said, “The handful of camera people will all be tested daily and the interviews with Ryan Seacrest will be done with cameras in different rooms. There will be fans who will be connected talking one-on-one in the dressing room with artists. We could never put a regular fan in an artist dressing room, but we can do it on a video screen. We have some virtual ideas too where fans will be able to perform with one of the artists on stage. So we’re using the challenges to reinvent and come up with creative things that have maybe never been done before.”

In the case of BTS, they have been successful with their live concert Bang Bang Con – The Live in June to celebrate their 7th anniversary. The multi-camera set up showcased different performances on different stages. Back in April, they did a two-day event on Youtube airing their previous concerts and musters after they announced they will be rescheduling their Map Of The Soul stadium tour. They were a part of James Corden’s in-home concert too. As of now, they have been promoting their Japanese album ‘Map Of The Soul: 7 – The Journey’ which released on July 15. They have been taping their performances from Seoul.

ALSO READ: BTS memories of 2019 trailer proves it was the biggest year for the band so far