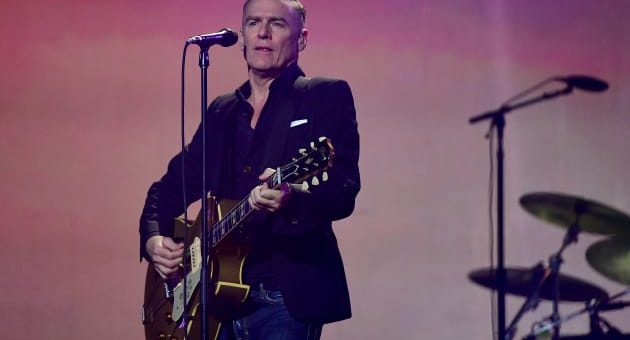 Bryan Adams probably wishes he could go back to the Summer of 69 right about now.


Back when the rocker had just gotten his first real six-string… back when he spent his evenings down at the drive in… and back before Covid-19 had taken over the world and he responded to the pandemic by going on a very racist and terrible rant.


You know, the good ole days.


On Monday, the 60-year old singer  posted an Instagram video of himself performing his 1983 song “Cut Like a Knife” on guitar while self-isolating at home.


If only he had left it at that, you know?


In a controversial caption, however, Adams vented his frustrations about not being able to tour during the viral outbreak, going off on an insensitive and expletive-filled rant directed at Chinese people.


The remarks immediately sparked backlash online, prompting the star to disable the Comment section on the post — but not delete or edit the text.


“Tonight was supposed to be the beginning of a tenancy of gigs at the @royalalberthall, but thanks to some f—ing bat eating, wet market animal selling, virus making greedy bastards, the whole world is now on hold, not to mention the thousands that have suffered or died from this virus,” Adams wrote.


“My message to them other than ‘thanks a f—ing lot’ is go vegan.”


To all the people missing out on our shows, I wish I could be there more than you know.


It’s been great hanging out in isolation with my children and family, but I miss my other family, my band, my crew and my fans.


Take care of yourselves and hope we can get the show on the road again soon.


I’ll be performing a snippet from each album we were supposed to perform for the next few days.


But now he may be known for how he reacted to the coronavirus.


The artist, of course, referring to numerous unproven, problematic theories about how COVID-19 began… including the claim that it originated from someone eating a bat or an animal bitten by a bat.


Another unverified hypothesiis, pushed by President Donald Trump, is that the coronavirus was concocted in a Chinese laboratory.


This is all nonsense.


Adams had been scheduled for a three-night stint at the Royal Albert Hall in London; it has now pushed back to April 2021 dates.


On Tuesday, meanwhile, he walked back his comments as follows:


Apologies to any and all that took offence [sic] to my posting yesterday.


No excuse, I just wanted to have a rant about the horrible animal cruelty in these wet-markets being the possible source of the virus, and promote veganism.


I have love for all people and my thoughts are with everyone dealing with this pandemic around the world.


This was a wildly misguided rant, but it’s perhaps worth noting that other musicians have also attacked wet markets while supporting animal rights.


“Let’s face it, it is a little bit medieval eating bats — They will not close down these wet markets, that got us into this trouble in the first place…


“It wouldn’t be so bad if this is the only thing it seems like you can blame on those wet markets. It seems like Sars, avian flu, all sorts of other stuff that has afflicted us — and what’s it for? For these quite medieval practices.


“They need to clean up their act.”