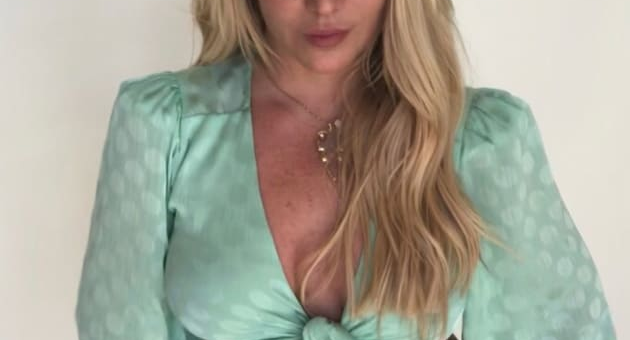 
It is no longer a rallying cry.


It can now, at last, be said as a statement of fact:


Britney Spears is free from her 13-year long conservatorship.


On Friday afternoon, Los Angeles County judge Brenda Penny approved Jamie Spears’ petition to end the conservatorship of his famous daughter, about four months after the artist went public about the hardships she’s endured as a result of her dad’s control.


The court finds and determines that the conservatorship of the person and the estate is no longer required.


Therefore, effective today, the conservatorship of the person and estate of Britney Jean Spears is hereby terminated.


And, with that, a nation can finally celebrate.


Jamie Spears was removed from his role as Britney’s estate conservator on September 29, one week after the singer’s lawyer, Mathew Rosengart, asked the court to suspend him.


John Zabel was then appointed as temporary conservator.


Under the rules of the conversatorship — which had been in place after Britney was hospitalized in 2007 due to a mental breakdown — the superstar had been unable to make major personal or financial decisions.


Speaking to a judge in July, Britney slammed her father as an abuser, pushing for him to be investigated based on the way he profied off his child’s career and controlled every aspect of her life.


At one point, Britney said she wasn’t even allowed to have children.


At another point, she said Jamie should be in jail.


“I just want my life back,” Britney said this summer.


“It’s been 13 years, and it’s enough. It’s been a long time since I’ve owned my money. And it’s my wish and my dream for all of this to end without being tested…


“I would honestly like to sue my family, to be totally honest with you.


“I also would like to be able to share my story with the world, and what they did to me, instead of it being a hush-hush secret to benefit all of them.”


The pop singer appeared virtually during the June hearing, telling the judge that she cries “every day” and feels “traumatized” by the situation.


At the time, Britney alleged that her conservators “won’t let me go to the doctor to take [my IUD] out because they don’t want me to have any more children.”


Talking to a judge back then, she continued:


“I’m sorry for my ignorance, but I honestly didn’t know that.”


The end of the conservatorship now comes at a crucial moment in Britney’s life.


In mid-September, she announced that her boyfriend Sam Asghari had proposed… and she said yes!


“Words can’t even say how shocked I am … geez although the asshole was way overdue !!!!” Spears wrote about Asghari.


“It was definitely worth the wait.”


After Jamie agreed to step down from his role as conservator this fall, his attorney said via statement:


As he has done for her entire life, Jamie will do everything he can to protect and care for her. For the last 13 years, that included serving as her Conservator. Now, it means ending her Conservatorship.


“So it is said in no uncertain terms, Jamie believes that the Conservatorship should end, immediately.”


We could not agree more.


Last month, Spears acknowledged the hashtag and the two words that have been associated with her for years, thanking her supporters and Tweeting:’


“#FreeBritney movement … I have no words … because of you guys and your constant resilience in freeing me from my conservatorship … my life is now in that direction !!!!!”


“I cried last night for two hours cause my fans are the best and I know it.”


After the judge terminated the conservatorship, Jamie’s attorney, Alex M. Weingarten, told the court he had nothing to add.


She appeared on camera for part of the hearing, while Jamie also joined remotely via phone.


UPDATE: Britney has Tweeted the reaction of fans in Los Angeles and added of today’s decision:

India Grabs Most Of Foreign Inflows Into Asian Equities In March: Report
2019-04-05