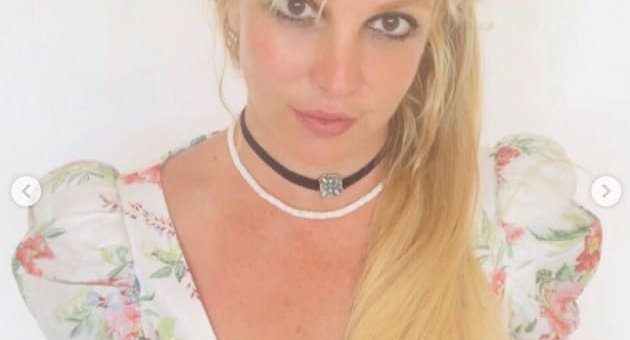 For the past 13 years, Britney Spears’ conservatorship dominated every aspect of her life.


After years of legal wrangling, a judge granted Britney her freedom on November 12.


Prior to that decision, the 39-year-old pop icon was entirely under the thumb over her domineering father, who controlled Britney’s career, her finances, and even her parenting decisions.


Needless to say, Britney has a lot to celebrate these days.


And she’s kicking her holiday season off with a festive reminder of just how much her life has improved recently.


Earlier this week, Spears posted the photo below (probably taken from Google rather than her camera roll, but who cares?) along with an appropriately joyous update on her first weeks of freedom.


“That beautiful … nice … and warm f–king fuzzy feeling when you’ve been waiting patiently for 13 years to be able to live your life however you choose and it’s finally here !!!!” Britney captioned the pic.


“Lighting my candles sure is a joy folks,” she continued.


“And you might be surprised cause my prayers are pretty damn powerful ESPECIALLY when you’re on the right medication just a month ago !!!!”


Yes, it seems that after years of substandard psychiatric care, the singer is finally getting the sort of help she deserves.


During her long court battle, Spears revealed that she was forced by her conservators to take lithium, a potent anti-psychotic that made her “feel drunk.”


It seems that the adjustment in medication has left the singer with a mental clarity that she hasn’t experienced in years.


“Damn I can actually pray …. it feels so good to just BE HERE !!!! I’M HERE … thanks to no doctor or conservatorship people … good God my friends … it’s good to BE HERE and be PRESENT !!!!” she wrote on Instagram this week.


“Since I can actually PRAY now hopefully in just 3 months there will be a shift for me … I mean who knows,” Spears continued before ending on a jocular note:


“I’m not gonna thank anyone I’m gonna pull a @snoopdogg and say I thank ME for believing in ME. Let’s watch watch watch some TV folks.”


Hey, even a small pleasure like watching television must seem like a revelation after 13 years of virtual imprisonment.


Britney previously stated that she intends to celebrate her freedom for the next two months.


Some fans took that as an indication that Brit might be planning to expand her family in the new year.


Spears says she’s wanted a third child for quite some time, but was forced by her father to remain on birth control against her will.


These days, Britney is engaged to Sam Asghari and looking forward to a very brith future.


So don’t be surprised if she makes a big announcement following her initial two months of celebrating.


Brit’s got a lot of lost time to make up for, but it sounds like she’s got a plan in place for doing exactly that!


We wish her all the best, and we offer her our sincerest congratulations!