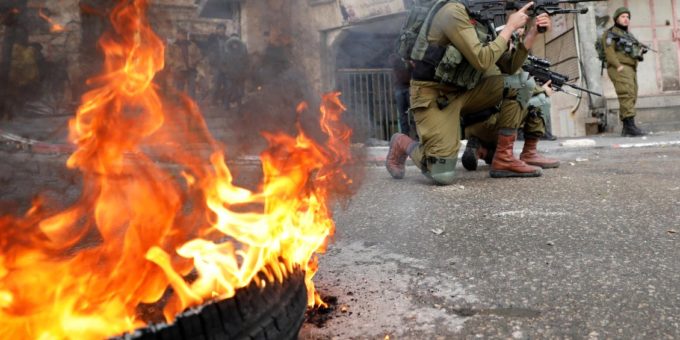 LONDON: Britain’s foreign secretary warned Israel on Friday against annexing parts of the occupied West Bank.
“The United Kingdom is concerned by reports of possible moves toward annexation of parts of the West Bank by Israel,” Dominic Raab said in a statement.
“Any such unilateral moves would be damaging to renewed efforts to re-start peace negotiations, and contrary to international law,” he added.
“Any changes to the status quo cannot be taken forward without an agreement negotiated by the parties themselves.”
The US has proposed that Israel annex the Jordan Valley and all of its West Bank settlements as part of the Middle East peace plan that was announced on Tuesday.
Britain has cautiously welcomed the plan. Prime Minister Boris Johnson said on Wednesday in Parliament: “No peace plan is perfect, but this has the merit of a two-state solution … It would ensure that Jerusalem is both the capital of Israel and of the Palestinian people.”
Meanwhile, Palestinian President Mahmoud Abbas on Saturday said the Palestinian Authority has cut all ties with the US and Israel, including those relating to security, after rejecting the plan.
Speaking at an Arab League foreign ministers meeting in Cairo, he said: “We’ve informed the Israeli side … that there will be no relations at all with them and the United States, including security ties.”
The final communique of the meeting said the ministers affirmed the Palestinian people’s right to create a state based on the land captured and occupied by Israel in the 1967 Middle East war, with East Jerusalem as its capital.

How Will the Winner of the Iowa Caucuses Be Chosen? Here’s What You Should Know