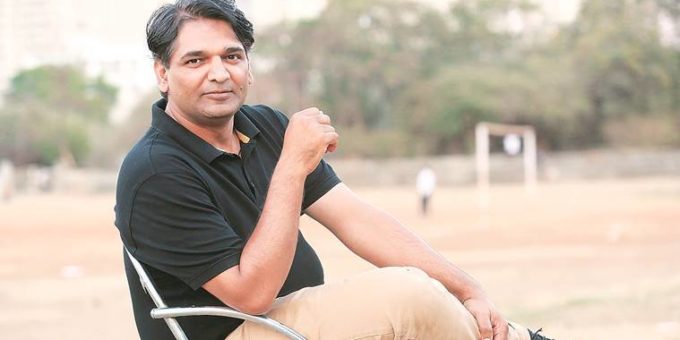 The clock in the poster of the Marathi film Kaaal has no hands. There is only a neat hole on its yellowing face. Time isn’t the only invisible element of the film; there is also “someone behind you”, who is more felt than seen. For his directorial debut, D Sandeep chose to scare his audiences. The film released on January 31.

The film unfolds in an old house with four young men who do not believe in ghosts. The protagonists are from little-known villages and other areas of Maharashtra. One of them is the ambitious leader, who wants to get rich quickly; another boy is his confidante; a third is easily scared while the fourth is a fun-loving prankster. Their plan is to make a fake supernatural video for a client for a fast buck, except that the old house they are spending three days in, begins to behave very strangely.

“To make this film, I met with professional paranormal investigators in Pune and Mumbai, went with them for their assignments as an observer to a bridge and a club, among others, as well as watched videos in which objects flew for no reason,” says Sandeep.

Over the past decade, Sandeep has been a part of Bollywood’s backstage. He has been a part of the post-production teams of Dum Maaro Dum (2011), Sonali Cable (2014) and Shimla Mirchi (2020) of Ramesh Sippy Entertainment, as well as was one of the researchers of Miss Lovely (2012). “I took whatever work I could get in Mumbai,” says Sandeep, who learned filmmaking at the Department of Media and Communication Studies of Pune University.

Earlier, he had worked in a chemical factory to support his education and dropped out of regular school after Class XII. “I started earning money just so I could go to film school. I graduated in economics through a correspondence course from Pune University. Even in school, I was not as committed as the others. They were focussed on math and science and pre-medical or engineering exams. I realised that the reason I was not attentive was that studying these subjects was not what I wanted to do,” he says.

A shy child, he would open up while telling stories. “I was happy narrating events or incidents, spinning yarns or spooling stories I had read or heard. Logon ko engage karne main maza aata hain. Whatever was the emotional experience, I could generate it through stories. When I told stories, I could hold an audience rapt. Otherwise, when I said something, nobody paid attention,” he says.

He wrote the story for Kaaal, which has been made on a budget of Rs 35 lakh, raised by Sandeep’s brother and friend. The film, which has garnered interest on social media after its spooky trailer was released, has been selected for its international premier at the Bollywood Film Festival in Moscow. “Kaal is also being released in 100 screens in Russia and will be dubbed in the local language, a first for a Marathi film,” he adds.

Sandeep is riveted by the films of James Wan, especially The Conjuring, which gave him sleepless nights. The other film that has stayed with him is The Blair Witch Project, which he watched as a youngster. “What happens when a horror film genuinely impacts you is that you constantly think about it subconsciously. Scenes flit across your mind when you sleep,” he says. It’s the effect, he hopes, Kaaal will have on audiences.