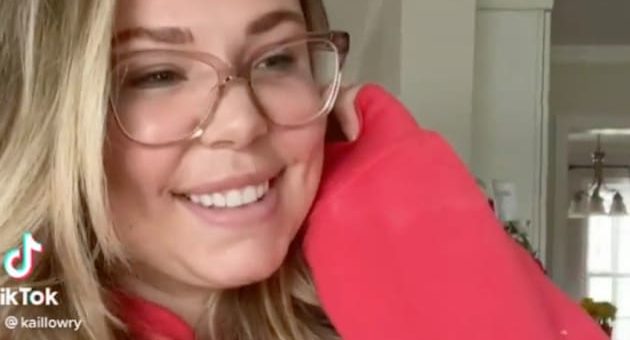 
When you’re in a feud, you want ammunition … and Briana has found hers.


Recently, Kailyn Lowry totally threw one of her friends under the bus on her podcast.


It looks like Briana is trying to team up with him to take down Kail.


A few weeks ago, Kailyn spoke on her Baby Mamas No Drama podcast about her friend, Mark.


She blasted him for being “so mad” at her for going on a day trip for his 30th birthday.


His original plans had been for a week, she said, and she hadn’t agreed to that.


But Mark has his own version of why the two of them have been butting heads.


In fact, he claims that Kail “lied” while griping about him on her podcast.


To that end, Mark has spoken to The Sun about his version of his feud with his friend of 15 years.


“I have been through the good and the bad times and experienced those times with her,” Mark recalled.


“I have seen so many people come in and out of her life,” he noted.


Mark added: “I accepted and dealt with a lot.”


“In this situation here, it became to a point where she began to disrespect me,” Mark lamented.


“Once you disrespect me,” he declared.


Mark added: “I’m not going to tolerate it or deal with that.”


“Now I am experiencing things where she’s lying about certain things that happened,” Mark expressed.


Mark emphasized: “I am not going to deal with that.”


According to Mark, he planned a week-long birthday trip in May.


The plan was to visit Ocean City, Maryland with his friends, all staying in a house together.


“My friend was like, I live so close to Ocean City, I’ve been there so many times,” Mark explained.


“We’re going to grill, have games, it’ll be fun. That was my response,” he said.


But that is not how Kail presented things at all.


“She stated that when she told me that, I got so upset and so mad,” Mark described.


Mark emphasized: “When she told me that, I was like okay that’s fine just come that Saturday.”


“I was not upset, I was not mad,” Mark reiterated.


A week with four children can be expensive, after all.


But Mark says that Kailyn’s price estimate is just “another lie.”


“First of all, for the house we had, only you had to pay,” he explained.


“I am not going to make you pay for your kids,” Mark added.


“All of these things that calculated to this big number she thought she was going to pay were for things she wanted to do!” Mark added.


“We have a friend that helps her with her kids,” he added.


“She was planning to come just to help her with her kids,” Mark said. “So that’s another lie.”


“Everything that I do is based around her and her children,” Mark characterized.


“For her to sit on this podcast and say I don’t understand because I don’t have kids,” he complained.


Apparently, a change in weather saw plans switch from the beach to a fishing trip and then back to the beach.


“I talked to everyone and said, do you want to go to the beach? And they said yes.” Mark shared.


“She got very disrespectful with me,” Mark lamented.


“She said, ‘F you. We’re going fishing. That’s what you told me and that’s what I told my kids,'” he described.


“My thing is, you took it this far to disrespect me,” Mark shared.


Mark was shocked that Kail opted “to call me out of my name just because I changed from fishing to the beach?”


He added: “Which is a kid-friendly event!”


“For this to blow up this way and she disrespect me in this manner because I changed plans is out of bounds,” Mark noted.


“I will not put up with people who disrespect me,” Mark insisted.


“You guys have watched me through the years on the show, following me on social media,” he pointed out.


Mark expressed: “You guys know my heart, I have a very pure heart, I am very loving.”


Mark expressed that he still loves Kailyn despite her claims about him on her podcast.


However, she allegedly did not respond when he reached out to her, and she ended up blocking him.


Mark added that he is “very hurt” because he has also been close to her children.


On Mark’s Instagram live, Briana DeJesus showed up and had some advice for Mark.


“I’m tryna do the same Mark, but these people are coming for me. Any advice?” Briana asked.


“Give it one more chance, I’m sure she’ll be down to sit and talk,” she advised. “Wish you nothing but the [best].”