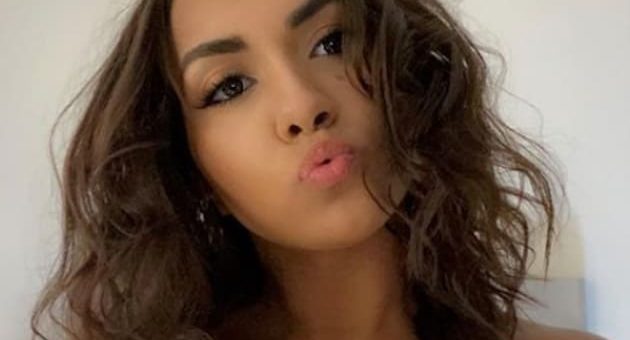 We hope you’re sitting down for this one, card-carrying members of Teen Mom Nation.


Because the incomparable Briana DeJesus is back and she’s got something to say.


Not the usual nonsense, either.


Oh no. This time, it’s real, and something big, worth shouting from the rooftops:


The MTV personality made this surprising announcement on Monday, May 24, doing so via the montage below – and including with these photos a short, simple and revealing caption.


Javi asked & I said YES! We are ENGAGED!


Neither half of this betrothed couple seems especially happy in their post-engagement photo (which you can see enlarged directly below), but hey.


We’re sure they’re gushing on the inside!


Briana has not yet shared any details of the proposal, but she posted a tribute to her and Javi on her TikTok.


Calling him “My Forever” and telling her followers “I said yes” …


Well, that sums it up, right?


Gonzalez, of course, marks the second “Javi” Briana has dated during her time in the spotlight as an MTV reality star.


She previously got into a public and intense spat with Kailyn Lowry after she started hooking up with Javi Marroquin.


That would be Lowry’s second baby daddy and former husband.


As for Javi Gonzalez?


We know that he works as a tattoo artist in Orlando and has two kids from a previous relationship.


As either pure luck or carefully coordinated timing would have it, Gonzalez will reportedly make his Teen Mom 2 debut on this week’s brand new installment of the long-running reality show.


“I’m so in love and so excited to start a new chapter with Javi,” DeJesus told MTV News on Monday afternoon.


(Okay, so it was carefully coordinated.)


“He is an incredible man and I can’t want to marry him. The ring is beautiful and I’ve never been this happy!”


In a interview with PopCulture earlier this month, DeJesus teased a “little grand entrance” for her fiance.


This strongly implied that the pair got engaged many months ago, back when episodes were filming.


Again … very deliberate of them!


After a dramatic season last year, DeJesus said 2021 would be different because she stopped “stressing about the little stuff” and started taking life “day by day.”


She also stressed the importance of learning from her mistakes.


“I stopped giving a f–k, to be completely honest. It’s hard to say because of me being in the public eye, but I just stopped caring,” she told PopCulture at the time.


Briana hasn’t said much about her romance, recently telling E! News that she’s trying to keep her relationship with this Javi private.


Unlike her previous relationships, none of which ended very well.


“We’ve been taking it very slow,” she said. II try not to keep him around the cameras too much because he’s not very comfortable.”


“He’s still very shy and he doesn’t really understand the whole TV life so I try to keep him separate as much as I can.”


“Which is a struggle for me because I feel like I’m living a triple life,” she adds.


DeJesus, whose bare body you can ogle these days on OnlyFans, added to E! that Gonzalez certainly isn’t in this for fame or fortune.


He didn’t even know Briana was on Teen Mom 2 when the two met!


“He didn’t really know how popular the show was until people started finding stuff out about him,” Briana said.


“He kind of got a little scared.”


“He just took some steps back and we’re trying to ease our way into this whole grand appearance.”


“He’s going to be on Teen Mom – I think an episode or two – but I try my very hardest not to film with him.”


Except when it really matters, that is.


Congratulations to the kind of happy couple! Do we think it’ll last? Come on, we know you’re wondering …


Between the other Javi and the father of her two kids, Bri doesn’t have the best track record with these things.


Of course, she seems to be aware of that and approaching it differently this time around. Good for her!

French Open: Ankita Raina Comes Back From Set Down, Gets Off To Winning Start In Qualifiers