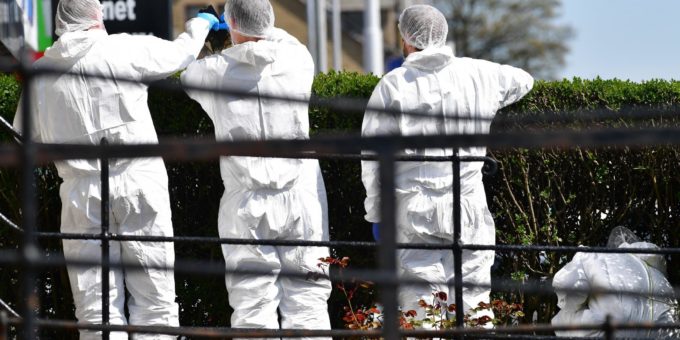 A 20-YEAR-OLD man has been found not guilty of murdering a 19-year-old man who he stabbed.

Hashim Sajjad, 20, of Wheatlands Crescent in Daisy Hill, was accused of killing Muhammed Mujahid Hussain on April 22 this year.

Muhammed, known to friends as “Muj”, suffered a single stab wound to his right, lower chest, where his heart was partly punctured, during disorder in Duckworth Lane late that evening.

The 19-year-old was taken in a white Volkswagen Golf to Bradford Royal Infirmary (BRI) and was trying to make respiratory effort, but ultimately was pronounced dead at 12.50am on April 23.

Sajjad admitted stabbing Muhammed – with the court seeing CCTV footage of the moment that happened – during the eight day trial, but denied the charge murder.

He said he was acting in self-defence when Muhammed came towards him, face covered, with a machete and another weapon in his other hand.

The jury came back from deliberations after five hours and 24 minutes.

Sajjad was found not guilty of murder.

His Honour Judge Jonathan Rose also asked the jury to consider manslaughter, if they found Sajjad not guilty of murder.

Sajjad was found not guilty of manslaughter.

Inflation isn’t a major political problem for the Liberals — not yet, at any rate