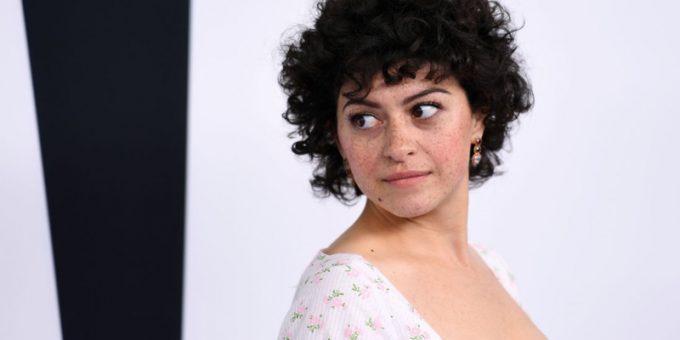 Actor and producer Brad Pitt’s private life has always kept his fans intrigued and currently the actor has been frequently making headlines with Alia Shawkat.

However, contrary to what the public believes, the two stars are nothing more than just close friends and are currently in the midst of a blossoming friendship.

As per circulating reports, the two have been spending much time together and are getting closer through their shared interest in art and music as they were recently spotted at LA art exhibitions back in November and were even seen together at the Thundercats concert at the Wiltern theater over the weekend.

A source told HollywoodLife: “How quickly people forget but Brad even joked about being seen with women in one of his acceptance speeches that it must mean they are dating. But when he hangs out with Alia, it is because she is a great friend that makes him laugh and someone he can shoot the you know what with.”

“It is really nice for Brad to have both male and female friends he can trust and have a fun night out with. Because he is all about relaxing right now after his good fortune with award season,” they added.

“He is looking to stay out of the limelight for a while and that includes dating. He just wants to enjoy family and friends. A very chill summer is one of his main goals right now. It doesn’t have to be filled with drama or relationship rumours. He’s cool with being in limbo right now,” it was further revealed.

Another source told the same publication: “Brad and Alia’s connection is art, he’s a fan of her work. Alia is kind of a big deal in the LA art scene, and since the divorce Brad’s been hanging out in that world more and more. So that’s how the friendship came to be. He doesn’t talk about his art much, but it’s a huge part of his life. So it makes sense that his social group has expanded to include other artists.”

The Ad Astra actor has time and again iterated that despite the buzz, he has been single and off the dating scene ever since he parted ways with Angelina Jolie.

Accepting his Golden Globe this year, the actor had poked fun at the public’s increasing interest in his love life as he said: “I wanted to bring my mom, but I couldn’t. Because anyone I stand next to they say I’m dating. It’d just be awkward.”

No IPL, Other Sports Event In Delhi Amid Coronavirus Threat