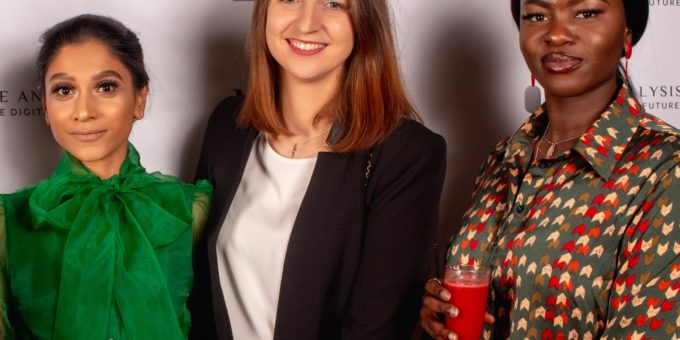 An organisation celebrating the success of women in the North West has been much lauded.

Boss Women was launched only six months ago and already includes women from all faiths and backgrounds from the age of fourteen to seventy-seven.

Founded by Ruhela Begum, who joined forces with Marketing Executive Angela Cropper and Visual Content Executive Magdalena Sarna, the trio aim to create a platform for women to share their stories of success.

“We wanted to create a movement. We want to celebrate every achievement, whether that is a successful career, a business owner or something important to women where they have pushed themselves.

“If Boss Women can share the story of every woman on earth then let’s do it!

“Every story, every journey, can inspire in some way. We want to empower women to celebrate themselves.”

Some of the women highlighted by Boss Women include Misba Khan, the first Muslim Pakistani woman to go the North Pole and Dina from Rose Mist who started her own events company with just £20.

Angela elaborated on some of the success stories Boss Women have shared.
“So far in the short time that we have launched, we held a lunch on International Women’s Day where we invited a few ladies to come to the office and it was a great way for everyone to socialise and share their journeys.

“We met Sameera who is an artist and a kick boxer and has also trained her children to kickbox.

“We also heard from Shazia from Shazia’s Street Food. Shazia left her career in law to follow her dreams and open up her cafe.

“Another inspiring story is a young woman called Zoya Imtiaz, an A-level student who opened up her own award-winning desserts business when she was only sixteen!

“The event brought diverse women in a room together. Everyone was there to inspire and be inspired and to learn. Everyone who attended engaged with one another made new contacts and the love in the room was real.”

Boss Women, a non-profit organisation, use a dedicated Instagram page @BossWomenNews to share the achievements of women.

With over 15.3 million women in the UK aged 16 and over in employment, Magdalena spoke about the importance of a shared sense of solidarity amongst women.

“Female entrepreneurs are key to accelerating growth. We are uniting women who share the same ideologies and beliefs.

“Women are essentially different and unique.

“This is a wonderful way to celebrate the uniqueness of all women.

“Our experiences and challenges define us as a person.

“Boss Women want to bring women together to empower, validate and inform them and spread positivity by uniting women of all cultures and faiths.

“We have built a platform true to the cause that every story matters.

“Our aim is to get women to support one another and make their achievements visible.

“Celebrating success for women can be the gateway to greater achievements. We need to own our success and celebrate our challenges.”