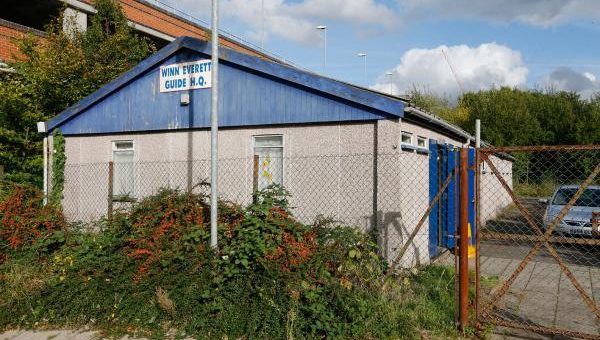 The Islamic community will be able to grow their congregation after councillors passed a plan to convert a former Girl Guides hut into a mosque.

The Borehamwood Islamic Society submitted an application to change the use of the hut in Maxwell Park into a place of worship.

The society have stated their current home, a shop in Aycliffe Road, is “unfit for premises”, and moving to the hut will enable more worshippers to attend, including females.

Hertsmere Borough Council’s planning committee were “delighted” to approve the application during a meeting held virtually on Thursday evening.

The hut sits within the Kenilworth ward, of which Councillor Brett Rosehill represents.

During the debate, he said: “I’m delighted to support the Muslim community, and having a new place of worship that they can use.”

Councillor Farida Turner added: “I believe this is very good use of this building. It will give a home to a much-valued Islamic community. I’m delighted for them.

“I had slight concerns about sound and about parking, but they’ve been completely alleviated reading this (planning) report.”

The scheme was passed unanimously.

Anthony Griffin, speaking on behalf of the landlord of Imperial Place – offices in and off Maxwell Road and Elstree Way, spoke against the application, focusing on three issues: notification, traffic, and noise.

Mr Griffin suggested Imperial Place, despite being the “largest neighbour” of the hut and owner of Maxwell Road, only became aware of this application on Thursday morning via an article in the Times, and claimed Imperial Place had not been formally notified.

In his speech, Mr Griffin also raised concerns about the number of vehicles that could use Maxwell Road if the mosque was relocated and said the travel plan put together was not “robust”.

Planning documents show 130 neighbours were notified, with one objection received.

The council planning officer confirmed during the debate that Imperial Place was not directly consulted but a site notice was put up at Maxwell Park Community Centre.

There will be 14 parking spaces provided at the mosque, and it was noted during the officer’s presentation that many worshippers are “within walking distance” of Maxwell Park, while public transport will also be encouraged.

The mosque will be used everyday and the hut, according to the council, has a capacity of 200 people – although the society expects 10 to 20 worshippers regularly, with up to 90 at Friday prayers.

No physical changes are proposed to the hut and the planning report states the community centre and park will not be impacted by this application.