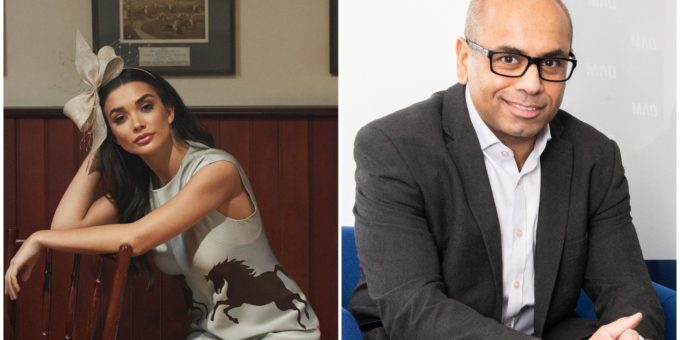 A BRITISH Bollywood star has praised a business, which has a base in Bradford, for coming to Indian’s aid during the coronavirus pandemic.

DAM Health Group stepped up after an urgent appeal was made by the Hope Foundation – an international charity which works with children in Kolkata.

The firm, which sells different Covid-19 tests and has a centre in Great Horton Road, sent vital air-conditioning equipment to India and Covid-safe protective kits, which included masks and sanitiser.

It also donated large sums to help fund ventilators in hospitals in the Kolkata region.

India has experienced a catastrophic surge in coronavirus cases this year and infection rates are the highest ever seen, nearly tripling the peak in 2020.

It is currently the world’s second worst-hit country and hospitals are struggling to cope with the number of new cases.

But donations and support sent to the country has held turn the tide in recent months, in terms of cases, with 41,854 new cases reported on July 14, compared to 326,123 new cases on May 14, according to Worldometer.

The efforts of DAM Health Group have been applauded by Bollywood actress, Amy Jackson, who lived in Mumbai at one point, after she was spotted by director, Al Vijay.

She had just won Teen Miss World when Vijay, who had seen her photo, asked her to play an English governor’s daughter in his Tamil film “Madrasapattinam”.

The rest is history.

Jackson has since performed in a string of smash hit movies and has a huge fan base in India, with 11 million followers on Instagram.

On the effort of DAM Health Group, she said: “This is a wonderfully kind gesture which is making a real difference to the lives of people in Kolkata who are being so badly affected by the ravages of Covid-19.

“The supplies sent across such as air-conditioning units and testing kits will help the situation immeasurably.

“It is incredible to see a business stepping up to offer so much help.

“Frank Joseph and his team should be proud.”

DAM Health Group operates right across the UK and world, with centres from Newcastle, to Benidorm and even in Mexico.

Its UK labs have processed more than 92,000 tests and has been at the forefront of Covid-19 testing solutions during the pandemic, undertaking more than 1,500 tests per day to help protect public health.

The company is led by Professor Frank Joseph.

He said: “Tackling Covid-19 is a global effort.

“We’re working to keep the virus under control in the UK, but it is vital that we support other nations too.

“I am proud that DAM Health can help in this way by partnering with the Hope Foundation.”