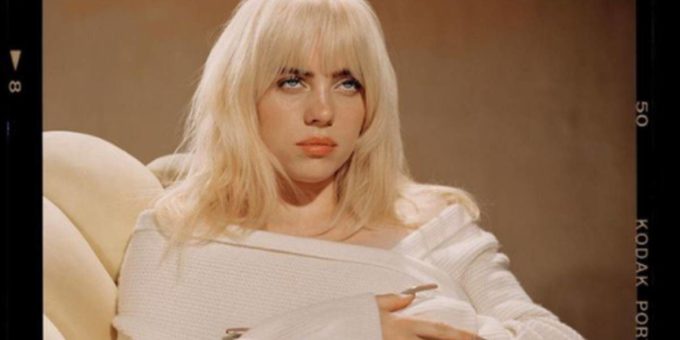 Billie Eilish is no stranger to body image issues. Just like many people around the world, who may be too critical of their bodies, the singer, too, went through her struggles before accepting and embracing herself.

The 19-year-old revealed that she once used to wear dresses daily, but grew out of this habit because of body image issues. She was quoted as telling Vogue during an interview that she loved wearing dresses “daily” as a child, but stopped because, “body image… tore that sh*t down”.

The Everything I Wanted singer further said that “big dresses” were her favourite, but then the way her body looked made her lose confidence, so she stopped wearing them.

The revelation happened as Eilish walked the red carpet for Met Gala 2021 in an Oscar de la Renta gown, which was essentially an ode to Marilyn Monroe.

This year’s theme was ‘In America: A Lexicon of Fashion’, and the singer’s Monroe-inspired tulle dress, which the latter had worn to attend the Oscars in 1951, was quite a sight!

Billie Eilish looks back over her shoulder at the Met Gala 2021 at the Metropolitan Museum of Art in New York City. (Photo: REUTERS/Andrew Kelly)

British Vogue’s style director, Dena Giannini, who had styled the star for the event, was quoted as saying: “[Billie had] always dreamed of wearing a proper ball gown — particularly something corseted, thanks to her love of Barbies growing up — but she thought that it might be in an acid green colourway or something along those lines. After her British Vogue cover, though, her style began to evolve. After reviewing about a million images together, she and I decided that it had to be Oscar de la Renta for the Met gala. I called [creative directors] Laura [Kim] and Fernando [Garcia], and within 10 minutes, we’d agreed to collaborate together.”

According to an Independent report, in a short film detailing the process of creating Eilish’s Met Gala ball gown, she said: “Big dresses were my favourite thing when I was a kid. I had so many dresses, I would wear a dress every single day. It’s really body image that tore that sh*t down. [It’s] why I think I’ve been dressing the way I have for years.”

IPL 2021, CSK vs MI: Ruturaj Gaikwad, Dwayne Bravo Got Us More Than What We Expected, Says MS Dhoni

India coronavirus: What is the government's change to vaccine policy?
2021-06-08