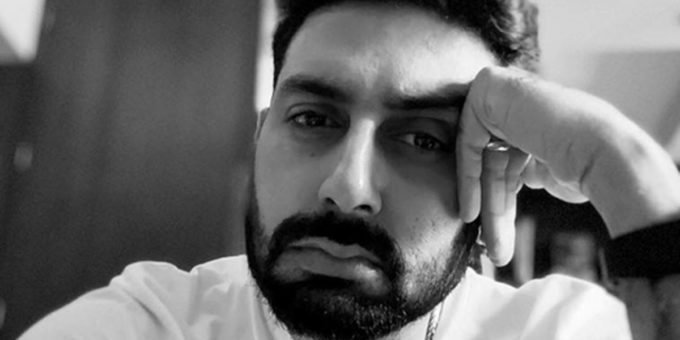 Abhishek Bachchan’s eyes light up whenever he speaks about his father. He admits that he is the biggest source of inspiration for him and he tries to emulate his working style. In a recent interaction on The Ranveer Show, Junior Bachchan recalled Yash Chopra’s wise words that made his realise the privilege of being Amitabh Bachchan’s son.

“When I reached the premiere of my first film Refugee, it was at the Liberty Theater in South Mumbai. The entire film industry had been invited to the premiere. I remember walking through the main gate and I remember Yash Chopra was standing there. I took his blessings. He hugged me and he said something to me in my ears, which I will never forget. He said ‘Your father brought you till here. Remember that, respect it. From here you have to walk on your own feet because if tonight the film isn’t good, by tomorrow morning they’ll know and nobody will go see the film. That is, whether you like it or not, is the truth,” Abhishek recalled. However, he is aware of how brutal the industry can be. He said that over time, he understood that the film industry is nothing but business.

“It is a business, man. I speak from personal experience. I have been at the end when I didn’t get a job, when I was replaced in countless films. I was getting calls from certain makers and six months later, when my films haven’t done well not only do they not pick up phone calls, they don’t call back. It is important to understand that it is not personal. If you are worth it, they will call you,” he said.

He also brought up nepotism and agreed that Bollywood likes to work with its ‘own’ people and that he is aware of his ‘immense privilege’ and does not want to ‘disrespect the lineage.’ The actor went onto talk about Amitabh Bachchan’s struggles and how he does not take even a moment for granted.

“That lineage was given to me by a man who left a well-paying job in Kolkata, came to Mumbai, slept on the bench of Marine Drive for nights, entered a film contest, lost, went to All India Radio, got voice rejected, struggled and made his way. He’s paid his dues and he continues to at the age of almost 80. Works 16-18 hours a day. It is not easy, man. You’ve got to stay humble. It is your work that counts,” Abhishek replied and went onto tell a ‘personal story,’ “Since my father’s fatal accident in 1982 on the sets of Coolie, every Sunday there’s a crowd of people that come to meet him outside the house. He religiously does everything in his power to be there at 6 in the evening on Sunday to go meet the crowd.”

“There had been times, after I became an actor that, he took me and I call it my Simba moment (referring to The Lion King film). I go there and very reluctantly wave because obviously nobody’s there going to wave at me when Mr Bachchan is standing behind you. They are there for him. One day, we came back in and I said ‘How does it feel?’ The next day, at dinner, he replied – ‘The only thought that’s going through my head is – Do you think they’ll come next Sunday?’, and that hit me. I was like wow, man. This teaches you that even at this position you cannot be complacent. You cannot take it for granted. He’s the Amitabh Bachchan. There is not a bigger star and better actor than him in the world. His attitude is like I got to work hard because these guys have to come back. Inspiration at home,” the Bob Biswas star concluded.

Biden, Obama and Other Leaders React to Bob Dole’s Death