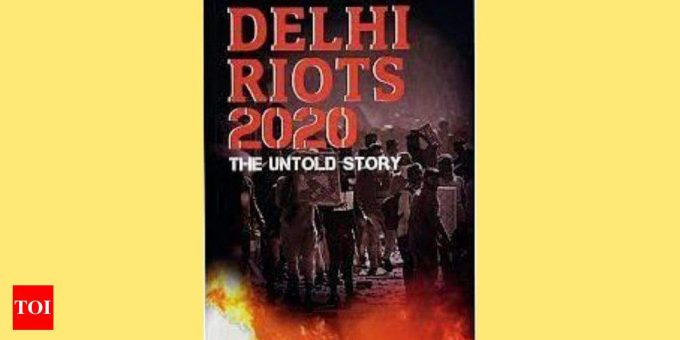 Bloomsbury announced on Saturday that it was withdrawing the publication of a book on the 2020 Delhi riots. The move polarised the internet. Some commended the announcement, while others criticised it.

The now-withdrawn book, Delhi Riots 2020: The Untold Story, has been co-authored by Monika Arora, Sonali Chitalkar and Prerna Malhotra. Arora had earlier taken to Twitter to announce a virtual book launch on Saturday, where the guest of honour was BJP’s Kapil Mishra, who had allegedly made controversial remarks before North East Delhi communal riots earlier this year.

“Bloomsbury India had planned to release Delhi Riots 2020: The Untold Story in September, a book purportedly giving a factual report on the riots in Delhi in February 2020, based on investigations and interviews conducted by the authors,” it said in a statement.

In view of very recent events, including a virtual pre-publication launch organised without our knowledge by the authors, with participation by parties of whom the publishers would not have approved, we have decided to withdraw publication of the book. Bloomsbury India strongly supports freedom of speech but also has a deep sense of responsibility towards society,” the publishing house said.

Reacting to the withdrawing of the book, film director Anurag Kashyap tweeted, “Democracy gives space to opinion and contrary opinion… and the way to fight it is dissent and education and it always is and will be a struggle for the truth… but banning and withdrawing is not a solution in a healthy democracy…” Kashyap’s film, Paanch, was banned.

Some authors said they would cancel their contracts with the publishing house. “I have not read the book in question & have no idea if it is good or bad. However, this is obviously not a quality control problem but about censorship. I commit to never publish a book with @BloomsburyIndia,” tweeted Sanjeev Sanyal, author and principal economic adviser in the finance ministry.

Earlier, Leftword Book publisher Sudhanva Deshpande had written a blog, stating that the “book has blood on its hand”. “Am I calling for the book to be banned? No. I’m asking Bloomsbury, as a leading publisher, to ask itself what editorial protocols permit such a book to be published in such a short time? Are you as publisher not responsible for at least elementary fact checking?” he wrote.

Hate Drinking Milk Every Day? These 10 Desi Milk-Based Recipes Might Change Your Stance

Anurag Kashyap’s daughter Aaliyah Kashyap recalls having just Rs 1500 in her bank account, not being able to afford groceries
2022-07-07