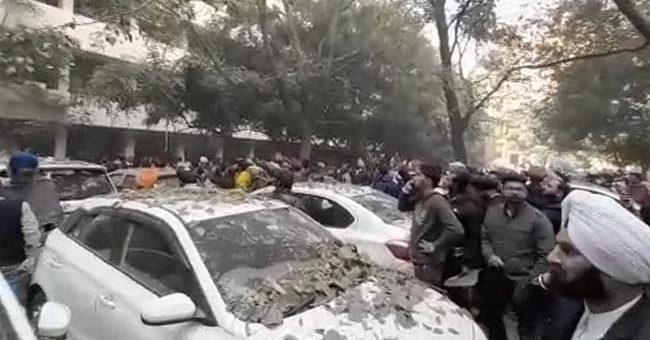 The district court is located near the District Commissioner’s office in the heart of Ludhiana city.

Two people have died in a blast inside a court complex in Ludhiana in Punjab. Four people have also been reported to have suffered serious injuries in the explosion.

The blast is reported to have taken place around 12:22 pm in a bathroom on the second floor of the building. The intensity of the blast was such that it damaged the walls of the bathroom and shattered glass panes of nearby rooms. The district court was functioning when the explosion took place.

Police have cordoned off the area and fire engines are on the spot.

The district court is located near the District Commissioner’s office in the heart of Ludhiana city.

Former Punjab Chief Minister Amarinder Singh was among the first prominent leaders to react to the incident. In a Twitter post, Mr Singh asked Punjab police to investigate the matter thoroughly.

Disturbing news of a blast at Ludhiana court complex. Saddened to know about the demise of 2 individuals, Praying for the recovery of those injured. @PunjabPoliceInd must get to the bottom of this.

As the Chief Minister, Mr Singh had expressed concerns about the threat to the state from Pakistan-backed terror forces and had sought 25 companies of Central Armed Police Forces (CAPF) and anti-drone gadgets for the Border Security Force (BSF) for protection.

Commissioner for inquiry into anti-Alberta energy campaigns is independent and objective: lawyer
2021-02-12