We had written earlier that Sharmila sensation caused a sensation by wearing a two-piece bikini in a Filmfare photoshoot and then wearing a swimsuit in films like An Evening In Paris (1967) and Aamne Saamne (1967).

She has been erroneously attributed to being the first heroine to wear a swimsuit on screen but it isn’t so. Interestingly, that happened around 30 years ago in a Marathi film called Brahmachari (1938). 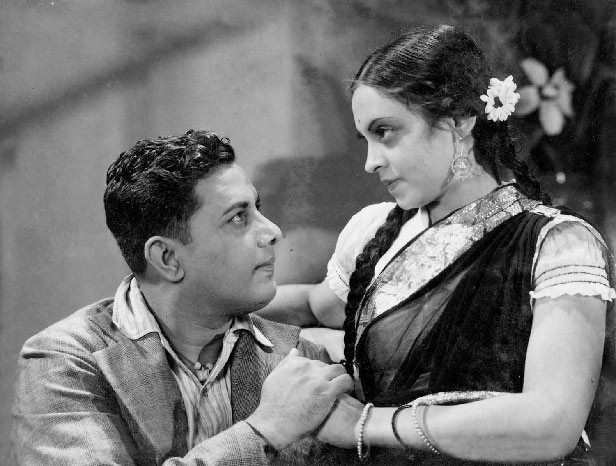 And the first heroine ever to don a swimsuit in a film is reportedly Meenakshi Shirodkar, grandmother of Shilpa and Namrata Shirodkar. 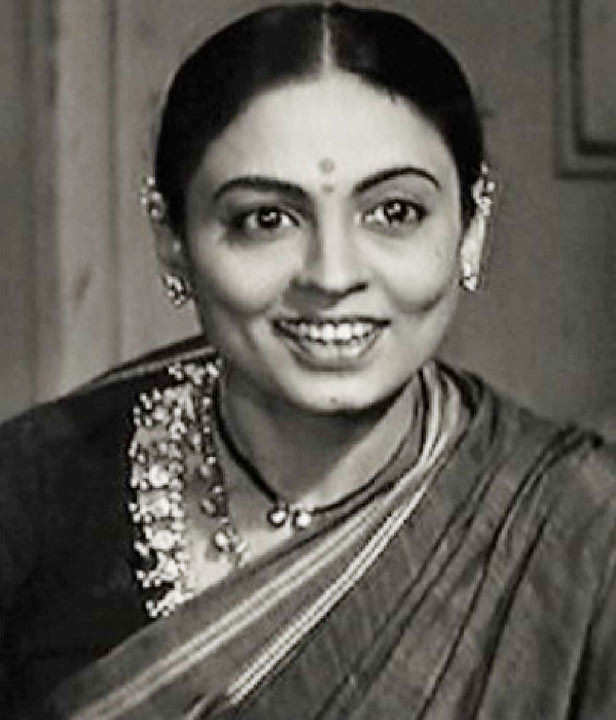 The film was a satire on the concept of celibacy and has Meenakshi seducing Master Vinayak, who directed the film and was also her co-star, in the song Yamuna jali khelu khel. 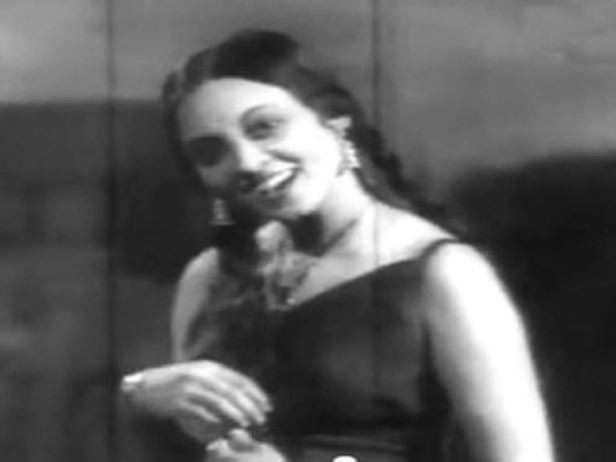 The audience of the era were indeed zapped seeing Shirodkar wearing a swimsuit in the song and the novelty brought a repeat value to the proceedings. It was reportedly dubbed in Hindi as well. It was Meenakshi’s debut film and brought her instant stardom. Her pairing with Master Vinayak, who was actress Nanda’s father, too was appreciated by the audience and the duo went on to do several films together, like Brandichi Batli (1939), Ardhangi / Ghar Ki Rani (1940), Amrut (1941), Mazhe Bal (1943) and more.

Who, then, was the first Hindi film actress to wear a swimsuit? According to reports, that honour too belongs to another Marathi mulgi Nalini Jaywant. Nalini, who was the first cousin of Shobhana Samarth, was quite progressive in her views and could be said to be way ahead of her times as far as sartorial sense is concerned. 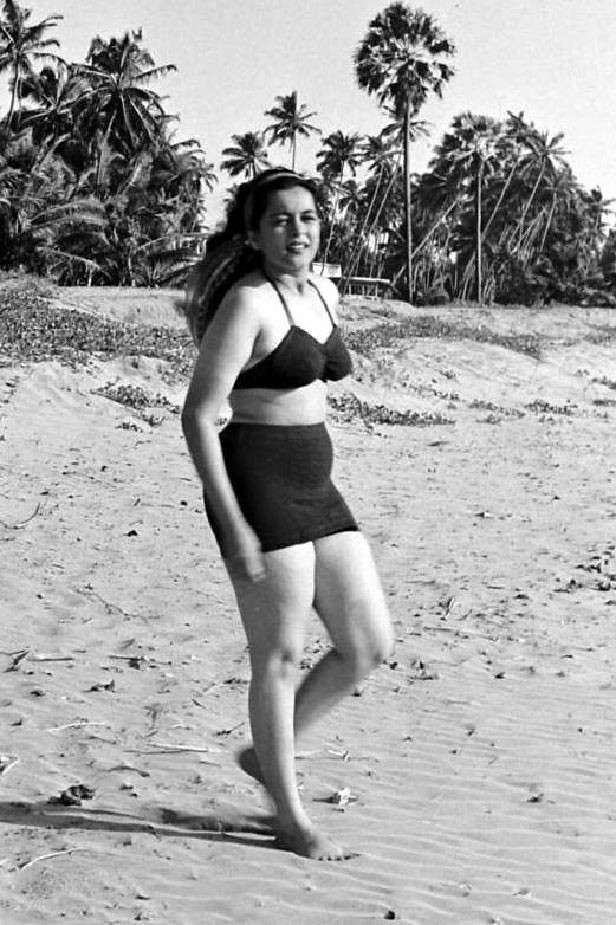 She reportedly didn’t shy away from wearing beachwear for photoshoots, which was considered extremely bold in the ’50s. In the film Sangram (1950), she donned a proper swimsuit and was seen cavorting with a rather dishy Ashok Kumar, sporting shades and shorts, in the song Ulfat ka jadu dil mein asar hai. 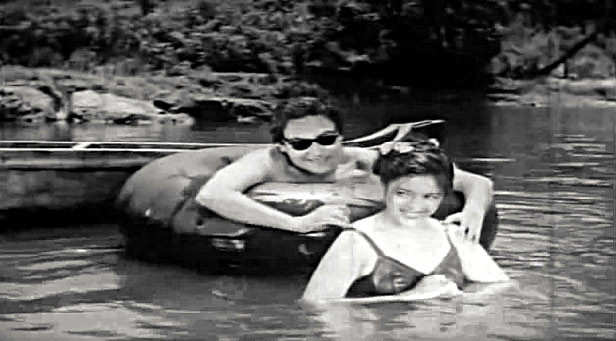 The film’s plot was also way ahead of its time and had Ashok Kumar playing a proper anti-hero. 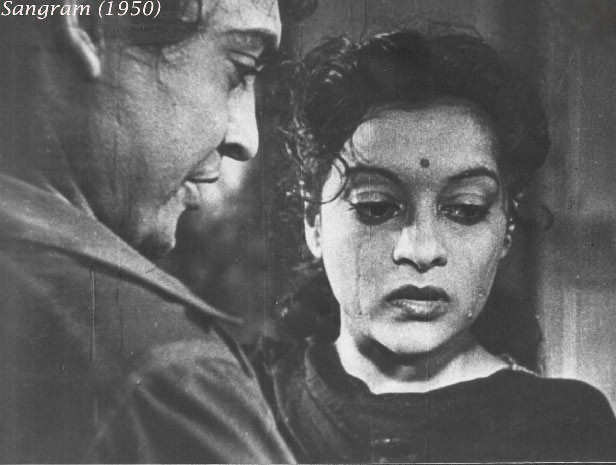 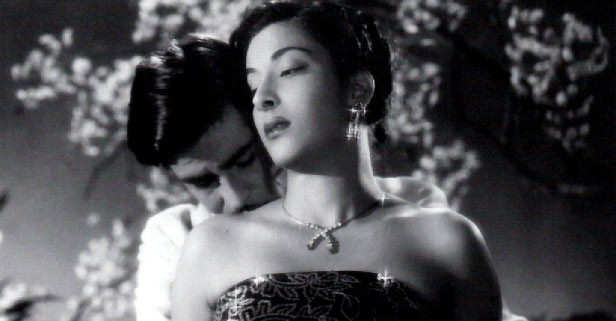 The celebrated beach sequence shot with her and Raj Kapoor became one of the highlights of the film. She was known mostly for her saree-clad image so her swimsuit avatar must have come as a shock to the audience then. 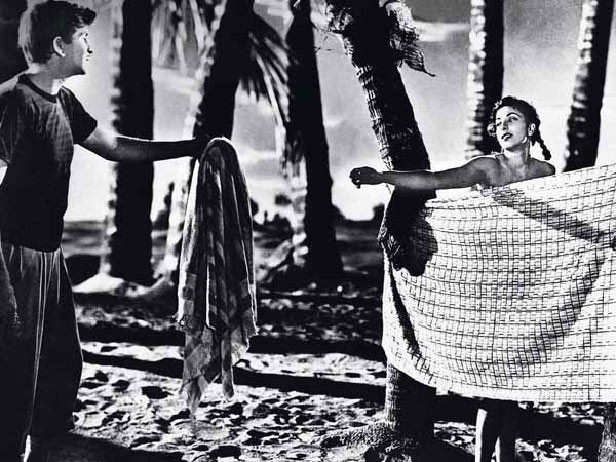 We must add that it remains one of the most tastefully done swimsuit sequences ever. Whose poetic appeal hasn’t withered with time.

Nutan was another heroine known for her girl-next-door persona. So her swimsuit look in the comedy Dilli Ka Thug (1958) created waves. 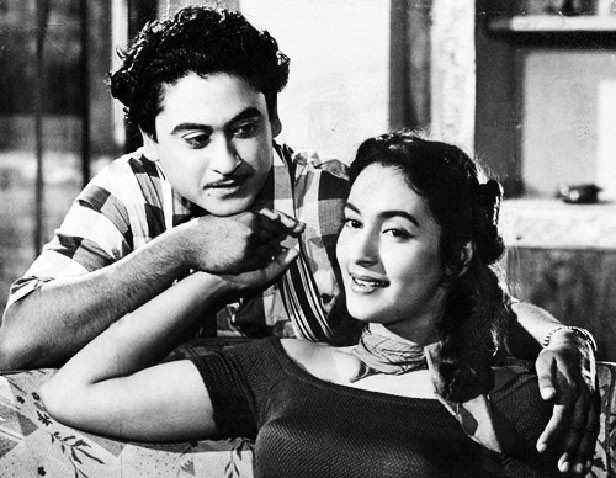 It was a clear departure from norm as far her image was concerned. She showed the audience that apart from being the quintessential Indian girl, she can pull off a Westernised avatar as well. Nutan plays a champion swimmer in the film. 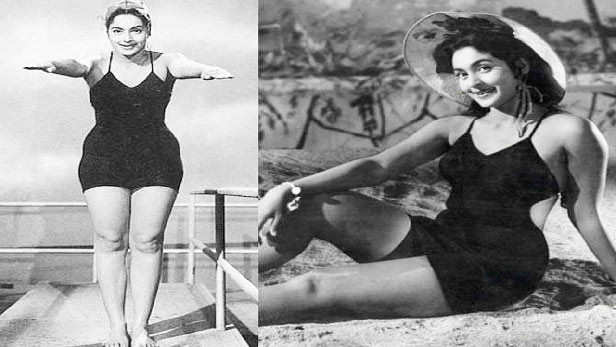 There is even an Esther Williams like music sequence involving her and a plethora of swimmers in the song Yeh bahar yeh sama.

So as one can see, Sharmila’s swimsuit moment came much later, though it grabbed the maximum eyeballs and remains the most written about.

Gregory Paschel: I’m Marrying Varya Malina! I Don’t Care How Much My Friends Hate Her!