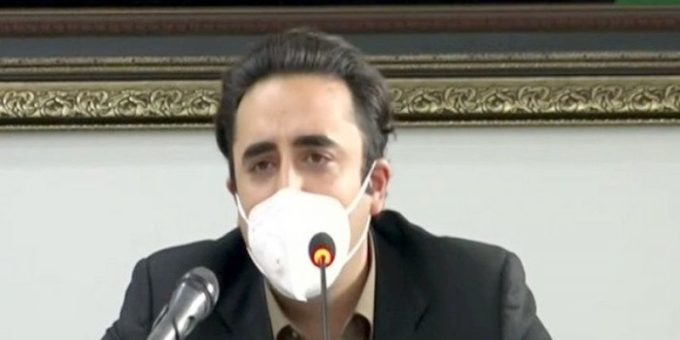 Addressing a press conference, the PPP leader alleged that the prime minister is “leading the country towards destruction in pursuit of Musharraf’s goal.”

“The poverty rate was 50% during the rule of Imran Khan’s benefactor dictator Pervez Musharraf,” Bilawal said, adding that massive loans are being taken from abroad on strict terms which will increase the economic woes of the country. PM Imran Khan’s cabinet is squandering money from the national exchequer, he Bilawal said.

“Imran Khan’s crime is not only inflation but also patronising the mafia that is causing inflation in the country,” Bilawal said while lashing out, adding that the premier is accusing others but he should “take a look at his own deeds first”.

This isn’t the first time that the PPP chairman has criticised the premier. Earlier this month, he had said that every Pakistani paying the price of Imran Khan’s ‘Change Tsunami.’

In a statement, Bilawal had held the prime minister responsible for the dismal economic situation of the country.

Speaking about PM Imran Khan’s recent trip to Saudi Arabia, Bilawal had said it was unfortunate how the same prime minister, who used to talk about not obtaining loans from other countries, was carrying the “begging bowl” with him everywhere in the world.

“Mr prime minister, surely you hold vast experience in collecting donations. However, countries do not run on donations alone,” said the PPP chairperson.

Bilawal had said the prime minister had borrowed money from China to return Saudi Arabia’s $3bn loan, adding that the incumbent government’s inept economic policies had made life for the common man very difficult.

“If the money we receive from loans continues to get wasted in corruption, the common man will continue to bear the burden of inflation,” he said. “Imran Khan, you should come out of your palace in Bani Gala,” added the PPP chairperson.

Bilawal had said the government cannot return even the payments for the China-Pakistan Economic Corridor (CPEC) projects, adding that China was hesitant on issuing $6bn funds for the ML-1 project.

“The Chinese government’s hesitancy [in issuing the funds] is in fact an expression of their lack of confidence in the PTI government,” he had said, adding that foreign investors were afraid of investing in Pakistan.

Horse’s Funeral Attended By Hundreds In Belagavi Amid Lockdown

Lockdown in Rajshahi city extended for another week
2021-06-16