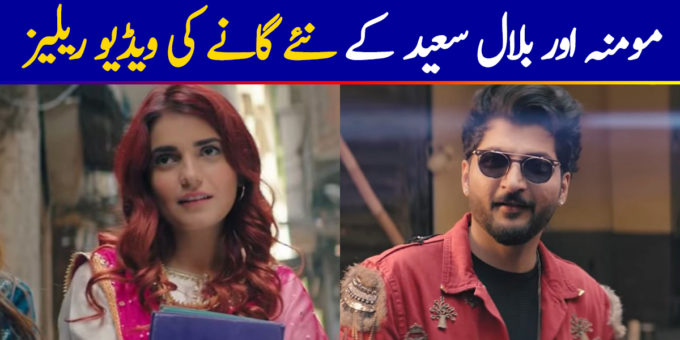 Following Hamesha with Uzair Jaswal, Momina Mustehsan has now released another duet, this time alongside the heartthrob singer Bilal Saeed. Title Baari, this one is a beautiful track featuring Bilal Saeed and Momina Mustehsan on the vocals. A beautiful composition with meaningful lyrics, the song talks about giving love another chance and will definitely make you fall in love.

Baari has been written, directed, composed and produced by Bilal Saeed. While Momina Mustehsan has given Punjabi a worthwhile try in this song, it is Bilal Saeed who completely owns Baari with his vocals, his singing style and of course his composition for the track.

For Momina Mustehsan, Baari, is a completely different track than Hamesha with Uzair Jaswal and therefore will give you a flavor, if you happen to be a Mustehsan fan.

As far as the video is concerned, Baari also features the Nasreen sensation Rahim Pardesi as well. Although Pardesi has a small role to play, he looks good and so do Momina and Bilal. The video for Baari again makes you feel good as does the song itself.

Listen to Baari here yourself and let us know what you think about this beautiful track. We for one, did enjoy it.