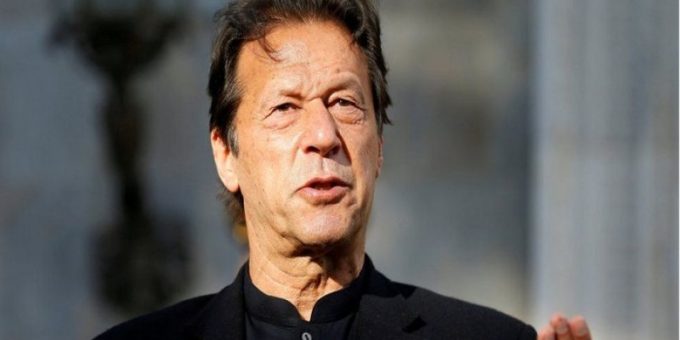 Prime Minister Imran Khan said on Tuesday former military ruler Pervez Musharraf had no right to promulgate the National Reconciliation Ordinance (NRO) under which cases against many politicians, political workers and bureaucrats were withdrawn.

“The biggest injustice Gen Musharraf did to the country was giving NRO,” Prime Minister Khan said while addressing the foundation stone laying ceremony of Districts Courts Complex in Islamabad.

“Musharraf didn’t have a right to give NRO to the powerful because the looted money was not his but the nation’s,” he went on. “He didn’t have right to pardon anyone.”
Noting that the powerful want to stay above law but a civilised society brings them under its ambit, the prime minister said the previous governments didn’t care a fig about improving the justice system.

“I have been saying for the past 25 years that the country will move forward when courts would be free,” he maintained, reiterating that provision of justice to the masses is his government’s priority.
PM Khan stressed that it is only through provision of justice that the weak segment of society could be protected. He said the incumbent government is struggling to ensure supremacy of law in the country.