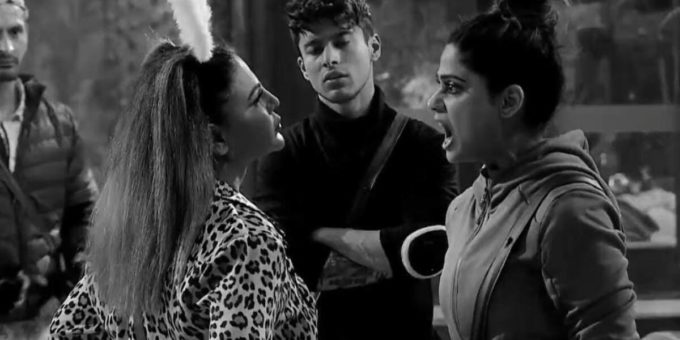 It seems like Bigg Boss 15 has turned into a battleground of late. After good friends Rashami Desai and Devoleena Bhattacharjee turned enemies, lovebirds Karan Kundrra and Tejaswwi Prakash too had a major showdown. And now in the upcoming episode, Rakhi Sawant and Shamita Shetty will lock horns during the ‘Ticket to Finale’ task.

As per a promo shared by Colors, Rakhi will support Devoleena which irks Shamita. As she will cry foul over the task, the two will even get into a war of words, calling each other names. While the boys will try to keep the two apart, the Mohabbatein actor will go ahead and push Rakhi, leaving her furious. The dancer will go on to demand Shamita’s eviction from Bigg Boss 15, citing that she physically assaulted her.

Shamita Shetty, on her part, will claim she did no wrong and will dare the show to take action against her. Much to her dismay, Bigg Boss will go ahead and call off the task, leaving the entire house disappointed. Given they had been working hard to win the immunity, the housemates will revolt against Shamita and Rakhi for spoiling the game.

Hosted by Salman Khan, Bigg Boss 15 is set to air its grand finale on January 16. The reality show will be replaced by Hunarbaaz which will see Karan Johar, Mithun Chakraborty and Parinteeti Chopra as judges.

A Grandfather Died in ‘Swatting’ Over His Twitter Handle, Officials Say
2021-07-24