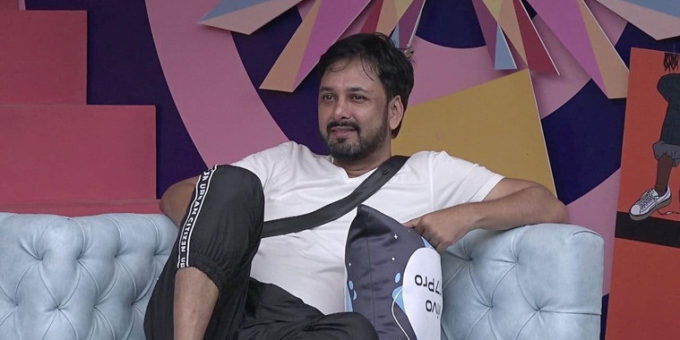 Owing to Diwali, Salman Khan announced no elimination on this Weekend Ka Vaar. But on Tuesday, Siddhartha Dey exited Bigg Boss 13 in a mid-week eviction. The entire house was nominated this week after they sabotaged the snake and ladder task. Dey received the least votes among the contestants to get evicted.

Siddhartha Dey had a positive start in Bigg Boss 13 when he found a connection with news anchor Shefali Bagga. The two indulged in some sweet romance, while Dey also entertained all with his quirky humour and wordplay. But all hell broke loose for the writer when he started using his words callously, especially with women. A couple of weeks ago, he found himself at the wrath of the housemates when he used derogatory terms against Arti Singh.

Dey, who has worked and known Salman Khan for years, also got an earful from the host over his behaviour against Shehnaaz Gill this weekend. During the task, Gill had tried to irk Dey and was pulling his legs, when he, in an angry mood, pushed her. He also commented on Gill’s character with the choicest of words. Seems like apart from the host, the show’s audience also did not like Dey’s behaviour and voted him out.

Siddhartha Dey: Not many know I wrote the first two episodes of Bigg Boss Season 1

Before entering the Bigg Boss 13 house, the 35-year-old had exclusively opened up to indianexpress.com about his past connection with the reality show. He had shared, “Not many know that I wrote the first two episodes of Bigg Boss season 1. I was part of the writing team in 2006 but ran away seeing the magnificence of fights the housemates indulged in. Life has come as a full circle as now I am a contestant of the show.”

Confident of winning the audience’s heart, Siddhartha Dey had stated, “I am naturally a very fun-loving and easy-going man. I would never stop myself from calling a spade, a spade but not at the cost of hurting someone. I will not indulge in drama and fights for the sake of it. Also, I am extremely opinionated so let’s see how my journey goes on the show. All I know is I will have a lot of fun. As my name suggests- Sid-Heart, I will play the game with my heart.”

With the new format of a two finale this season, Bigg Boss 13 will see multiple eliminations this week before the mini-finale on November 1. Also, three new wild card contestants – Hindustani Bhau, Tehseen Poonawalla and Khesari Lal Yadav are all set to enter the house to spice up the fun.