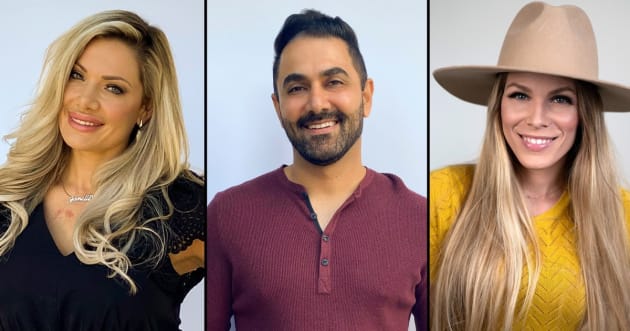 
And while they used the term “All-Stars” very loosely with this crop of houseguests, it was something new to watch in this COVID-19 world.


There’s been a severe lack of TV shows, and that’s why CBS is striking while the iron is still hot.


This was a premiere unlike any other: CBS did not announce the cast ahead of the season debut, but you didn’t need to look hard enough to find out who was part of the cast.


Multiple different outlets spilled all way ahead of the premiere.


Before we get into it, here is the cast:


Some of these names are big when you think of the earlier years of the show, but can we just take a moment to laugh at David returning?


He was the first boot on Big Brother Season 21 and never even got to cast a vote to evict. That’s not an all-star by any stretch of the imagination.


It’s likely that producers pegged him as a master manipulator heading into last season, and they were mad when he got the boot so quickly.


Janelle may be a big name, but there’s something off about someone getting to play the game four times.


She was a competition beast at one point, but will her social game have improved in the years since her last turn?


Daniele is one of the best players, but her last stint was cut short when she started to target her alliance too soon.


Hopefully she’s learned from that mistake.


Christmas played Big Brother 19 with a broken ankle and somehow managed to stay in the game until the finale.


Granted, she was shielded by an alliance, but we also need to remember her 2018 arrest.


CBS wanted a controversy-free season, so they cast someone who was arrested for violence. Weird.


We could make snappy judgments about the cast all day, but let’s break down what actually went down.


The houseguests entered the house donning face coverings in groups of four.


They were tasked with a competition that would allow them to take part in the first HOH competition of the summer.


They were asked a question about a room in the house and had to guide a ball to the answer.


Christmas was the only contestant in this round to not time out, and managed to earn a spot in the HOH.


The second group to enter the house:


Ian and Kevin advanced to the HOH competition.


Group 3 of the supposed All-Stars:


Nicole advanced to the competition.


The HOH competition was a clean sweep for Cody, meaning the BB16 runner-up became the first HOH of the summer.


Christmas won a $5,000 prize for opening an envelope. Hooray, right?


Julie wasted no time in stirring the pot by bringing up the face Janelle has spent 177 days inside the house across all of her appearances, and setting up a rivalry between Cody and Memphis.


Now, all eyes are on Cody to see what he wants to do. He claimed to Julie in the Diary Room that he had no intention of winning the first competition, but he was anxious about the other houseguests.


What did you think of the premiere? Did the live move-in work well?