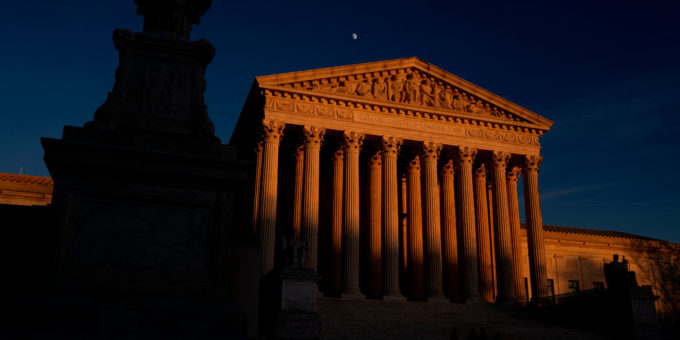 The judicial writings of Justice Stephen G. Breyer offer a window into his intellect and personality. Outside the courtroom, at commencement speeches, lectures and round-table discussions, he became a storyteller, connecting with audiences by using plain-spoken language and everyday examples to try to explain to Americans what the Supreme Court does, and why it’s important. He also reveals his influences, his passions and his wit.

Here are some excerpts.

On his selection process: “I think when I was going through it, it was rather stressful. I mean, I had worked there previously and it shouldn’t have been. But my goodness, it is quite different when you are a principal involved and when there are 17 Senators on one side of the table and here I am by myself on the other side. And people are saying, in my case, this won’t be so difficult. In my case, it didn’t feel that way. I don’t know what they are going to ask and I’m not sure how people will react. And there were cameras and several million people watching. And, luckily, I was quite boring so they turned it off. But the fact is, as I was sitting there, I knew perfectly well because of the jobs I had had and others that you are there and people look at you. And if they don’t like what they see, it is going to be — no.”

On cases he disagrees with: “I didn’t think Bush v. Gore was right. I was in dissent. But I heard Harry Reid — who I also think did not think it was right — I heard him say the following when he was at the Court at dinner. He said, ‘You know, the most remarkable thing about that case is a matter hardly ever remarked, and that is this. Although half the country thought it was just terrible and really disagreed with it, there was no violence in the streets. People didn’t kill each other.’ And that, he said, ‘was a good thing.’ And that is what I think. I think it was a good thing.”

On the importance of the court: “I think it is terribly important to have an institution where I see every kind of American, every race, every religion, every possible point of view. And they have decided to come into a courtroom to resolve their differences rather than through violence on the street.”

On lifetime appointments for Supreme Court Justices: “I actually think if you were doing it afresh, you wouldn’t need to have a lifetime appointment. The Constitution doesn’t actually say lifetime. It says they will have their office during good behavior, and that has been interpreted as lifetime. And as a very practical matter, I think you should have a long term, and the reason that you should have a long term is because you don‘t want the judge sitting there thinking what is his next job going to be. That is just a thoroughly bad idea.”

On politicizing the Court, from “The Authority of the Court and the Peril of Politics” (2021): If the public comes to see judges as merely ‘politicians in robes,’ its confidence in the courts, and in the rule of law itself, can only decline,” With that, the Court’s authority can only decline, too, including its hard-won power to act as a constitutional check on the other branches.

On reading widely: “Law requires both a head and a heart. You need a good head to read all those words and figure out how they apply. But when you are representing human beings or deciding things that affect them, you need to understand, as best you can, the workings of human life.”

On the future: “One hundred years from now we will have recently inaugurated a president of the United States, following a free election the preceding November. I share that prediction and hope. It sounds unremarkable; yet that very fact — that it is unremarkable — suggests something unique about our society.”