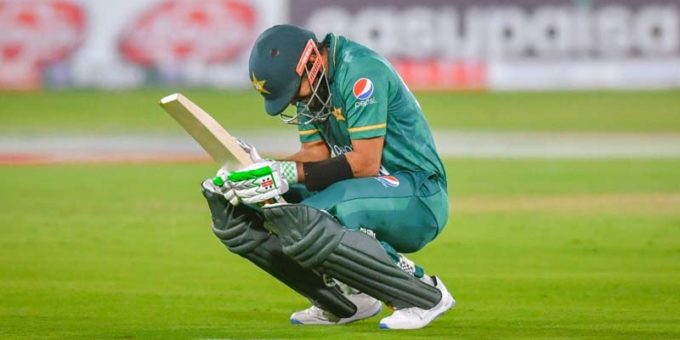 In a video for Cricbuzz, Bhogle picked England’s Jos Buttler to open the innings with Pakistan’s Mohammad Rizwan because of their better strike-rate as compared to Azam.

“If you look at the numbers of Babar Azam and Mohammad
Rizwan… they were scripting their own tail,” said Bhogle. “I then looked at their
strikes rates, which for both of them was around a 130. When you have got two
openers who are doing a 130, it means you are playing a 150 kind of game and
that puts a lot of pressure on number four, five and six because you need
really explosive players. Also, Babar and Rizwan were able to have such a
stellar year because they had a fantastic bowling side that was allowing them
to play 150 games.”

“But when you are picking team of the year, you can be
budgeting for 150 so we are going to pick one of Babar and Rizwan because you
have got someone like Jos Buttler who is a ridiculously gifted attacking
player. I looked at powerplay strike rates and there I got my tie-breaker. On
pure pedigree, no matching Babar Azam but in T20 you take different decisions.  I have gone with ability in the powerplay
because I have got a very deep batting lineup and I want more explosive
players,” he elaborated.

Bhogle also named pacer Shaheen Afridi in his XI, due to the
latter’s ability to pick up wickets with the new ball.

“Shaheen Afridi is in a league of his own as a left-arm
quick. Wonderful in the powerplay, always gives you wickets and he is just in
orbit at the moment so Afridi was a no brainer,” he said.

Your Diet May Impact Sensitivity Of Gut Microbiome To Antibiotics: Study
2019-09-17