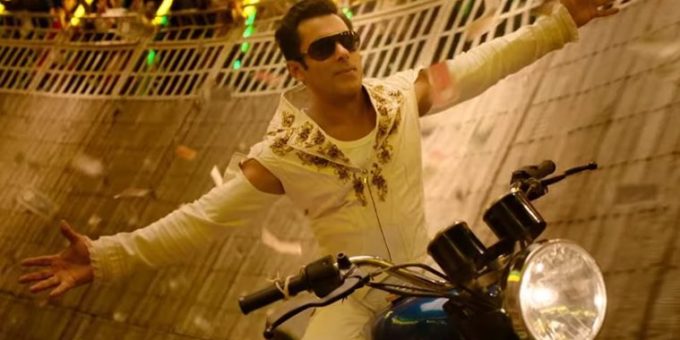 Salman Khan starrer Bharat has already earned Rs 167.60 crore in the first seven days and the film shows no signs of slowing down at the box office. The film released on Eid and has delivered on the fans’ expectations and the numbers it is registering at the box office are proof of the same. The film also stars Katrina Kaif and Sunil Grover in pivotal roles.

Adarsh mentioned that the film will cross Rs 175 crore on Day 8.

The film opened to a whopping figure of Rs 42.30 crore and even though the figures dropped in the subsequent days, it can be easily said that the audience is still enjoying the Ali Abbas Zafar directorial.

Bharat is Salman Khan and Ali Abbas Zafar’s third collaboration. The two had earlier worked on Sultan and Tiger Zinda Hai, both of which proved to be massive successes.

Follow all the latest updates about Salman Khan’s Bharat.

Recently, the Indian cricket team watched Bharat in England. The team is currently busy with the ongoing Cricket World Cup.

The Indian Express critic Shubhra Gupta gave the film 2.5 stars and wrote, “Zafar, who works well with Khan, strikes the right notes initially when he shapes his hero as an unlettered but determined-to-do-the-right-thing-by-his-family youth, accompanied by his best friend Vilayati (Grover). There’s a stint in a circus, with Bharat risking his life as a stunt artist, and a coveted trip to the Middle East to help dig oil.”

She also mentioned Katrina Kaif in her review and wrote, “Kaif makes the most of her role, as the feisty Kumum aka ‘Madam-Sir’ who comes into Bharat’s life, and who stays on, for the most part, without, gulp, either mandap or mangalsutra. The whole live-in thing is quite clunkily done, and with dotty reasoning, but while it lasts, it makes a statement. Kaif’s ‘get-up’ varies from scene to scene (eyebrows bushy to bushier; the tan a shade darker or lighter) and her Hindi is still effortful, but she takes Khan on, head to head.”

Egypt tries to retrieve head of Tutankhamun from London auctioneers