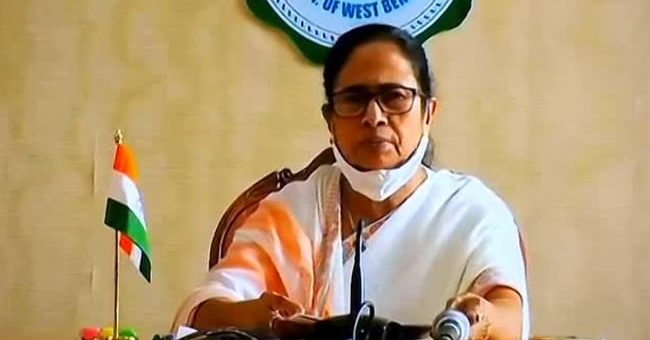 The Trinamool Congress on Tuesday refuted a BJP poll complaint against Chief Minister Mamata Banerjee – that she had failed to disclose five police cases against her while filing nomination papers for the crucial September 30 Bhabanipur bypoll.

The party has declared that Ms Banerjee – who must win the bypoll to remain Chief Minister, after she failed to win from Nandigram in the April-May election – was only required to disclose details of cases if she is actually named in the charge sheet.

Earlier the Chief Election Agent for the BJP’s Priyanka Tibrewal – the party’s candidate for the bypoll – wrote to the Bhabanipur Returning Officer to register his complaint.

He cited reports from three publications, including one by India Today, to claim that cases had been filed in five police stations in BJP-ruled Assam.

“… beg to object to the nomination/declaration filed by Mamata Banerjee…. on the ground that the candidate has failed to disclose… particulars of the following pending criminal proceedings against her,” the letter read.

The referenced link to an August 2018 report by India Today said Assam Police had registered the cases against her “for making provocative remark regarding the Assam NRC issue”.

Days before the cases were filed, Ms Banerjee made several critical comments about the Assam NRC, including declaring “whoever is a BJP voter will be in… those who are not, will be deleted from the list”.

She also warned the BJP against a similar exercise in her state; “… there will be bloodbath, there will be civil war,” the Chief Minister had said.

She then scoffed at reports of the cases being filed, saying: “There is no democracy in the country… I am not scared… They can lodge millions of FIRs against me, I do not care.”

A similar complaint was filed against her before the April-May election, in which the Trinamool recorded an emphatic win over a particularly aggressive BJP election machine. Ms Banerjee, however, lost her fight from Nandigram to aide-turned-BJP leader Suvendu Adhikari, leaving her position precarious.

She must now win another election by November – such as the Bhabanipur bypoll – to qualify as a member of the legislative assembly and be able to retain the chief minister’s post.

The BJP has fielded Priyanka Tibrewal, a lawyer, against Ms Banerjee and the CPM has offered Srijib Biswas to the people as their candidate, while the Congress has opted to abstain.

Voting will be held September 30 and results declared October 3.

With input from PTI

‘Some of us could have died’: Unease remains in northern Manitoba following RCMP report on B.C. suspects
2019-09-30