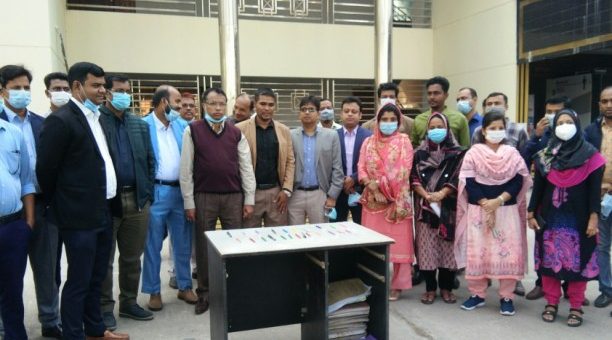 Customs officials at Benapole Customs House enforced a three-hour strike for the second consecutive day today protesting an assault of one of their fellows in Pangaon Customs House in Dhaka.

All activities including export and import of goods remained suspended during the period due to the strike, our Benapole correspondent reports.

Starting from yesterday, the customs officials formed a human chain and demonstrated during the three hours from 9:00am, said Khulna Customs Vat Association President Shafiqul Islam, also an official at Benapole Customs House.

The Body actress Vedhika Kumar would like to work with these Bollywood actors : Bollywood News
2019-12-13