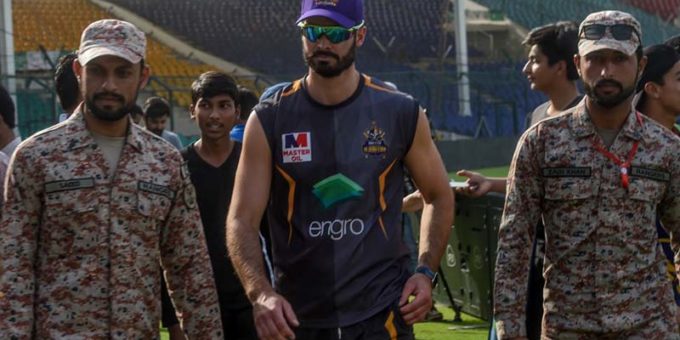 All-rounder Ben Cutting his thrown his weight behind Australia’s tour of Pakistan, next year.

The 34-year-old stated that people in Pakistan are passionate
about the game and hoped that Australia won’t go back on their commitment to
tour the country.

“I hope the Aussie boys get to tour there,” Cutting
told AAP. “The locals would certainly love that . They’re just so
passionate. They get massive crowds for games and if one of the best teams in
the world, like Australia, are playing they’d absolutely love it.”

Cutting has regularly visited Pakistan, over the past few
years, with stints in the Pakistan Super League (PSL) and also being a part of
the World XI side for the exhibition series in 2017.

“Not once have I been worried about the security side
of things,” he said. “The second visit [during PSL] I was more
worried about Covid than anything else because that was kicking off.”

The Pakistan Cricket Board (PCB) has already announced the
details of Australia’s first tour of Pakistan since 1998, which will take place
in March and April 2022, and comprise three Tests, three ODIs and one T20I.

Rishi Kapoor Starred with the Maximum Number of Debutantes. Here is the List
2020-05-05