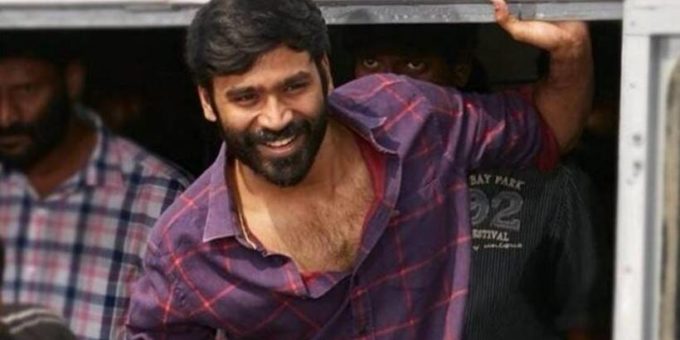 Dhanush returns to the gangster genre with his upcoming film Jagame Thandhiram. In a career spanning 20 years, he has done a significant number of roles in which he was in conflict with the law. In some films, he played a character who unwittingly commits a crime and bears the brunt, while in others, he plays a ruthless gangster who thrives in the underworld. We have discounted films in which Dhanush’s character commits a crime of passion or in self-defence (Adhu Oru Kana Kaalam, Asuran, Karnan). This list only focuses on the films where he played a bonafide criminal.

Director Suresh Krissna remade Kannada hit Jogi with Dhanush in the lead. The original, starring Shivarajkumar, was a runaway hit and Rajinikanth had approached its director Prem to remake it in Tamil with him. However, Prem was afraid that he would be forced to undermine the element of realism in the film to match the larger-than-life stature of the superstar. And he was right. Suresh Krissna failed to grasp the core emotion and the strong sense of realism that made Jogi an all-time favourite gangster film in Kannada. Despite Dhanush’s best efforts, the film depressingly failed to capture the spirit of the original.

Director Balaji Mohan wanted to create a black comedy universe that was quirky and wacky. And he succeeded in doing so to an extent. The original Mari, which came out in 2015, was a trendsetter of sorts. The swag with which Dhanush played the local thug, especially his fashion sense, was a big hit. However, Balaji Mohan’s screenplay failed to capitalize on Dhanush’s energy. It was a classic case of an actor being failed by the script. Balaji Mohan repeated the same mistake with the sequel, which came out in 2018. The film worked in parts, thanks to the sizzling chemistry between Dhanush and Sai Pallavi, and the excitement the Rowdy Baby song created before the release. But, Balaji failed to bring together these elements and build it into a cohesive whole.

Director Vetrimaaran’s epic production is envisioned as a trilogy. The majority of the run time is dedicated to a key character called Rajan, who is played by Ameer. So the film hardly scratches the surface when it comes to Dhanush’s Anbu. We just get a broad stroke of Anbu being sucked into the criminal world and how he’s used as a pawn in a series of sinister plots. The narrative structure of the film has similarities with City of God. Like the 2002 Mexican classic, Vada Chennai also chronicles the challenges of people aspiring to live a decent life in a neighbourhood overrun by criminals. Vetrimaaran managed to deliver an engrossing gangster drama.

Director Selvaraghavan ended the Tamil film industry’s romanticisation of gangsters with Pudhupettai. Dhanush gives a masterful physical performance as Kokki Kumar, who becomes friends with gangsters for three square meals a day and soon rises in the ranks. Pudhupettai is one of the best gangster Tamil films of all time.

This film is an exception in this list. It is not a gangster film like the rest, instead Dhanush plays a cold-blooded serial killer in this dark romantic thriller. Kaadhal Kondein is about a nerdy, bespectacled, lovelorn orphan. He grew up in a horrifying environment, where children were robbed of their precious innocence. Dhanush’s Vinod has turned a corner in life with his  academic excellence. And he becomes friends with a girl, played by Sonia Agarwal, who gives him unconditional affection, while others feel revolted by him. His future looks happy with Divya in it. So what happens when another man threatens to take her away from him? It wakes up the sleeping animal in Vinod. Kaadhal Kondein was also the film that became Dhanush’s calling card in the early days of his career. And the rest, as they say, is history.