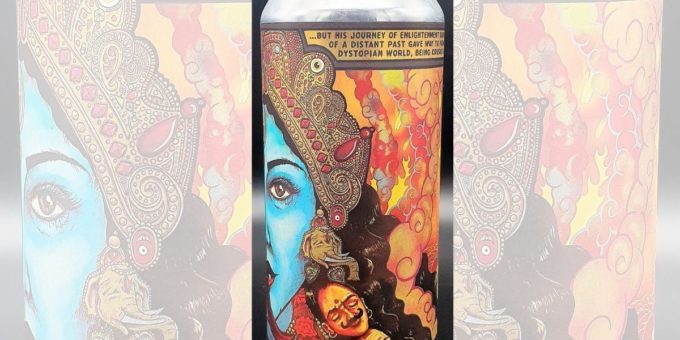 A beer company has said it will look at possible alternatives in the future after artwork depicting the Hindu goddess ‘Kali’ featured on one of their branded cans.

The company said they had reached out to the Nevada based ‘Universal Society of Hinduism’ and Rajan Zed who had called the beer can “highly inappropriate”.

In Hinduism, the goddess Kali, who personifies Sakti or divine energy, is considered the goddess of time and change. Some Bengali poets described her as supreme deity.

The company said: “Kali Yuga has been part of our core range of beers for three years now and there has been no comment or hint of offence to the Hindu Community previously, but obviously this is something that we do not take lightly, and we would like to go on record as saying that we wholeheartedly apologise for any offence we have caused.

“Kali Yuga will continue to be part of our core range, but we are more than happy to work with Mr Zed and the people of the Universal Society of Hinduism in terms of discussing possible alternatives or alterations to future artwork for the beer that would be deemed more ‘appropriate’.”

In a message to Mr Zed the Nottingham based company described how the artwork was chosen: “First and foremost we would like to offer our sincerest apologies for any offence this has caused the International Hindu Community. We can state quite categorically that it absolutely was not our intention to cause offence, or to “hurt the devotees” of the Hindu religion in any way.

“We are a brewery yes. We make beer yes. But before we ever made beer, we made ‘Bang’ – The Elephant; The main character at the forefront of our brand. We set out to tell the story of ‘Bang’ and his journey through our beers and the accompanying artwork, with each of our core beers being significant to a different part of his journey.

“Kali Yuga – East India Porter is part of a ying and yang element to the story of Bang and is the sister beer of Odissi – East India Pale Ale. This light vs dark aspect was in our thoughts from very early on and we felt that Kali Yuga: The Age of Darkness was representative of this particular point in the story and journey of Bang.”

Coronavirus symptoms: These people can spread COVID-19 faster than others, according to study
2021-03-03