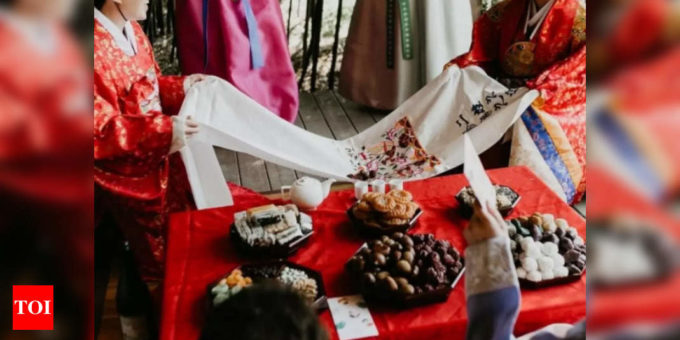 There are many weird traditions around the world especially when it comes to weddings. If you thought that marrying a tree or a dog in India was weird then wait till you read about what happens in countries like South Korea, Germany, Kenya, Scotland, France, Malaysia and Indonesia! So sit with some popcorn and scroll down to know some of the weird wedding traditions people follow in the world. 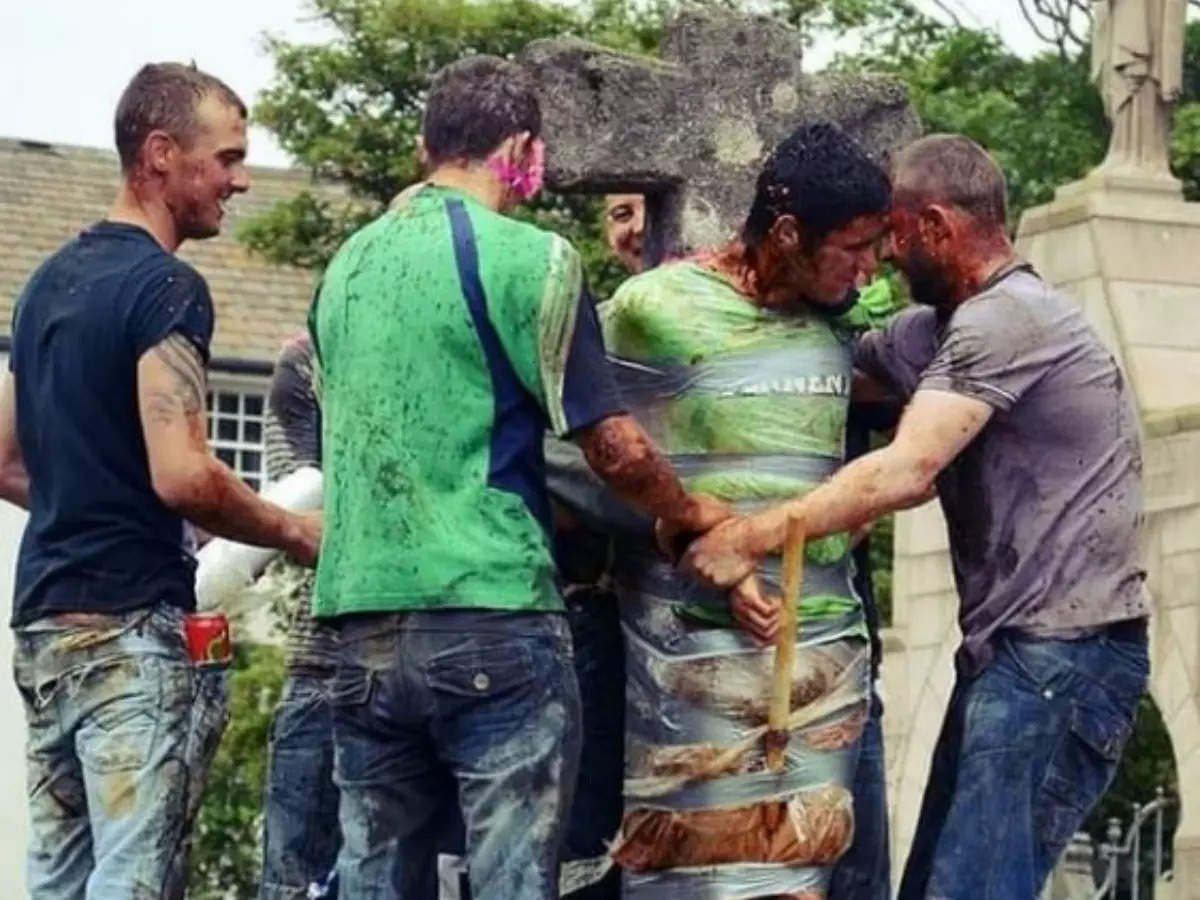 
Yes, unlike us Indians, there is a tradition in Scotland where the friends of the bride and groom blacken the would-be-couple with treacle, soot, feathers and flour. They are then made to parade on the streets which is actually meant to ward off evil spirits!

Spitting on the daughter
Sounds gross but it happens! In Kenya, amongst the Massai people, the bride’s father spits on his daughter’s head and breasts before she leaves for the new household. It is seen as a symbol of good fortune and luck. 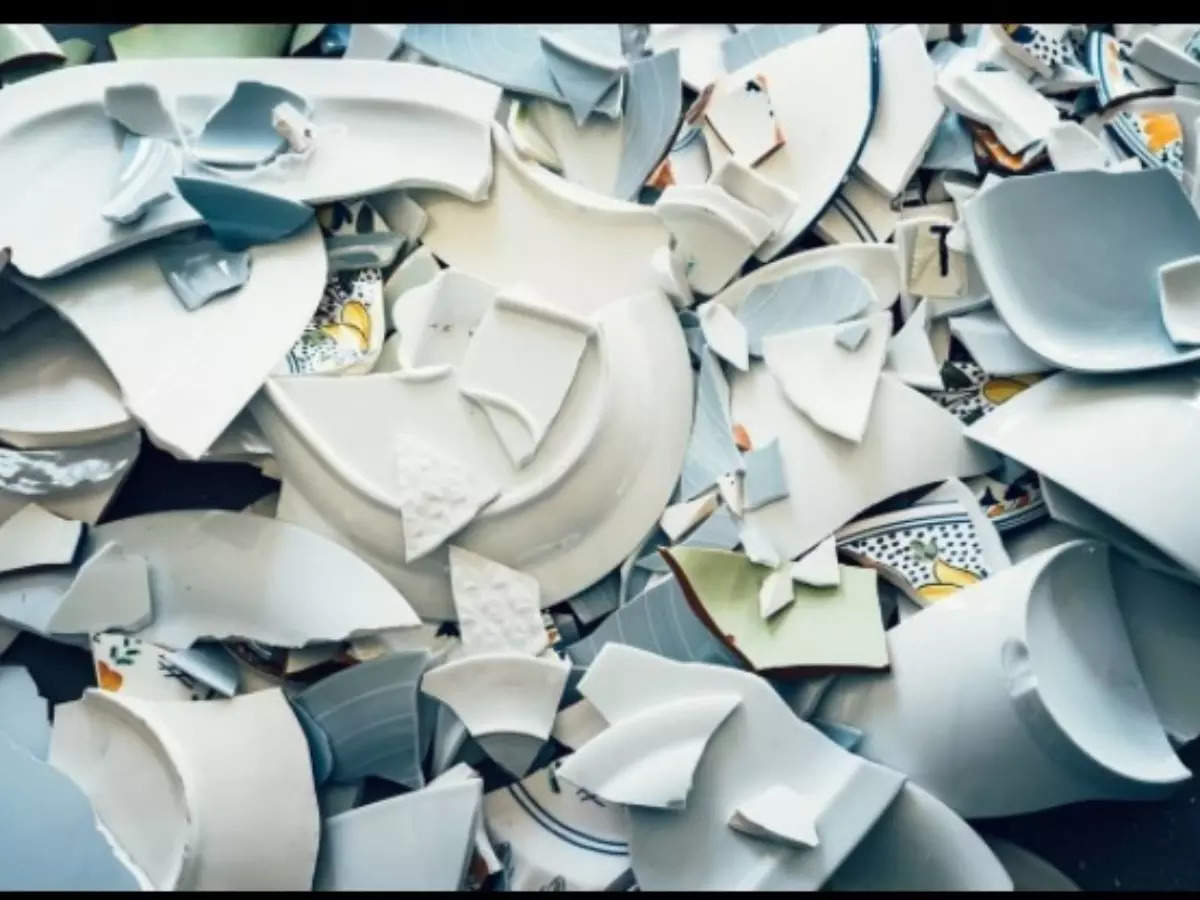 
As it pains to break lovely crockery even if it is one plate, Germany has its own way of wishing newly weds. The wedding guests meet at the bride’s home where they break crockery, a tradition which is said to bring good luck to the bride and groom. This tradition is called Polterabend. This is not it! The couple then cleans the mess together which means that they will always work together and face all challenges as partners for life.

Sounds very painful indeed but South Korean grooms have to bear it if they want to take their new wives home! The family of the groom or friends, have to remove the shoes of the groom and tie his ankles with a rope. They then take turns to beat his feet with a stick or a dried fish. It is considered more amusing than a punishment (they don’t have to draw blood). This tradition basically is to test the man’s strength and the constant questioning during the beating is a symbol of his character. 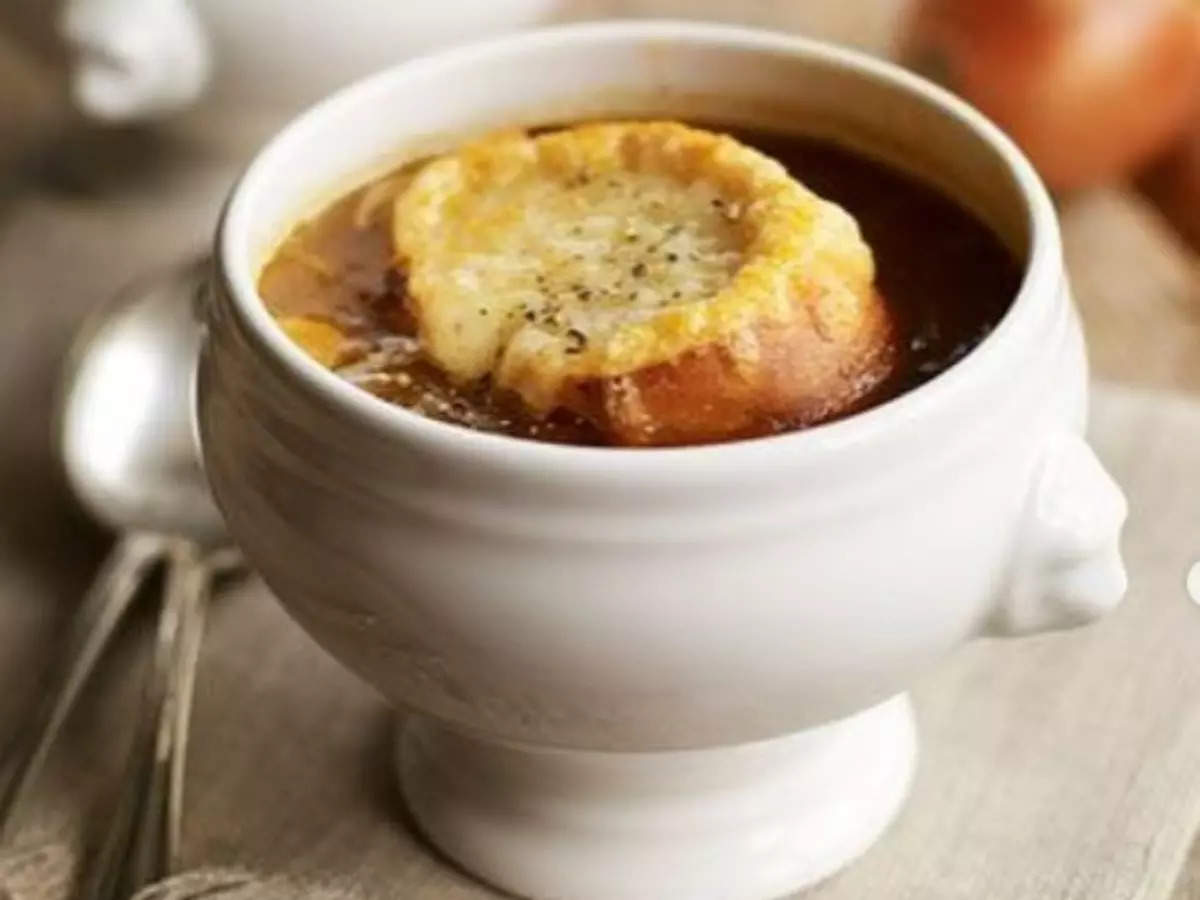 According to the customs of the French, the newlyweds were earlier served with leftover food and drink in a chamber pot, by a guest, which is meant to give the couple wedding night energy. But now, it has been tweaked over the years. They are now given a mix of chocolate and champagne.

No bathroom for 3 days straight

Yes you read that right! In Malaysia and Indonesia, the Tidong people in Borneo do not let the couple use the bathroom for 3 days straight or even leave the house after their wedding. There is in fact a guard who keeps an eye on them and they can eat small amounts of food and drink to survive. This is done for good luck and prevention of breakup or death of their would-be-children.