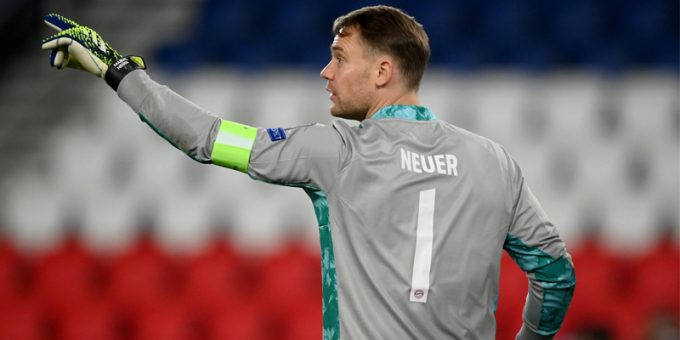 Bayern Munich captain Manuel Neuer said his team paid for
missing several chances in the first-leg after the German side’s Champions
League title defence ended with a loss on away goals to Paris Saint-Germain (PSG)
on Tuesday.

Despite a 1-0 quarter-final second-leg victory at the Parc
des Princes, Bayern were dumped out of Europe after a 3-3 aggregate draw.

“It wasn’t tonight that saw us knocked out,” Neuer
said. “It’s annoying, especially when you look at the first game where we
missed a lot of chances and conceded too many goals. It’s difficult when you
play against such a great team. We still had a top team on the pitch that gave
everything.”

“The 1-0 win here was deserved but it was the result in
Munich (3-2 loss) which wasn’t good. We were in a bad position at kick-off,”
he added.

Bayern dominated for long periods over the tie, especially in the first leg when they had 31 attempts at the PSG goal but could only convert two of them without injured top-scorer Robert Lewandowski and winger Serge Gnabry.

“Was Lewandowski missed? We missed all the players who
weren’t there tonight. Against a classy team like PSG, it’s difficult.

“But the players who were on the pitch gave it their
all.”

Hansi Flick’s Bayern will now turn their attentions to
winning a ninth straight Bundesliga title, with the Bavarian giants sitting
five points clear of second-placed RB Leipzig in the table.

“We have a good chance of winning the Bundesliga, at
the end it will still be a positive season,” insisted Neuer.