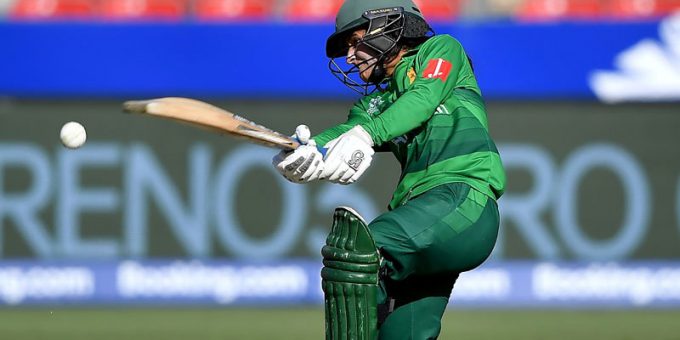 At the Old Hararians Club in Harare. Bangladesh overhauled the 202-run target on fourth ball of the final over.

Bangladesh found themselves in a spot of bother after they lost their four batters with only 98 on board, but a 61-run partnership between Rumana, who struck six fours, and Ritu Moti (33 off 37, five fours) rescued them and formed the basis of their successful run chase.

The 48th over, which added 18 runs to Bangladesh’s total, proved to be the decisive one as Omaima Sohail was struck for four fours – three of which were hit by Rumana.

Omaima finished with two for 44 from seven overs – her two wickets coming in successive deliveries. The other bowler to take two wickets was Nashra Sandhu. The left-arm orthodox returned two for 24 from 10 overs, and bowled two maidens.

Twenty-year-old pacer Fatima Sana joined South African veteran Shabnim Ismail as the leading wicket-taker in the year when she dismissed Ritu Moni. Fatima, who was playing only her 14th ODI, now has 18 wickets in the year at 26.55.

Earlier, a fantastic 137-run stand for the sixth wicket between Nida Dar and Aliya Riaz – both of whom scored half-centuries – helped Pakistan to 201 after they had slipped to 49 for five.

This was Nida’s fourth half-century in the year after she scored two in South Africa and one in the West Indies, and as such, she has now become Pakistan’s highest run-getter in the year with 346 runs at a solid average of 49.42.

Aliya, who struck her second half-century of the year today and has accumulated 334 runs at 41.75, follows her.

Ritu picked up two wickets for 36.

Pakistan play their next match on Tuesday against Thailand

Salamander living in redwoods is able to maneuver in freefall, suggesting adaptation to living at heights — ScienceDaily
2022-05-23