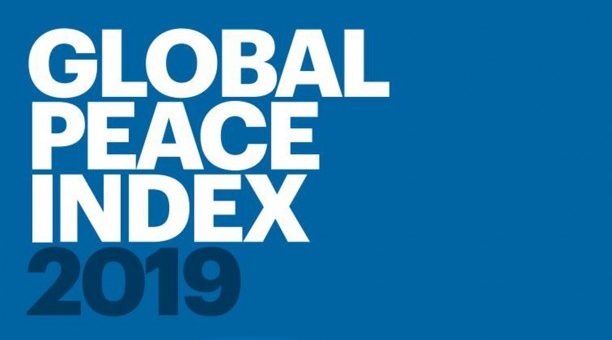 Bangladesh ranked among the least peaceful countries in the world in the Global Peace Index 2019, slipping down eight notches from last year.

The 13th edition of the Global Peace Index (GPI) measured the peacefulness of 163 independent states and territories.

A total of USD 22,297.4 million was the cost of violence in Bangladesh, which was three percent of the GDP, the latest report said.

The GPI covers 99.7 per cent of the world’s population, using 23 qualitative and quantitative indicators from highly respected sources.

It measures the state of peace using three thematic domains: the level of societal safety and security; the extent of ongoing domestic and international conflict; and the degree of militarisation.

China, Bangladesh, and India scored in the bottom half of the GPI, with each country significantly exposed to climate hazards and having 393 million people in high climate hazard areas.

Climate change can indirectly increase the likelihood of violent conflict through its impact on resource availability, livelihood, security and migration, the report said.

It added that in Dhaka’s slums, 81 percent of migrants cited a climate-related cause as a main reason for their move. High levels of resource scarcity and strained public resources contributed to violence in these slums, with climate refugees intensifying already present social stresses.

“Future rises in sea levels are projected to affect around 18 million people in Bangladesh and result in a 16 percent loss of land, displacing many coastal citizens and putting the country under high migration pressure.”

According to the latest report, global peacefulness improved very slightly in the 2019 GPI with the average country score rising by 0.09 per cent.

It said peacefulness improved in 86 countries while it deteriorated in 76 others.

Iceland remains the most peaceful country in the world, a position it has held since 2008. It is joined at the top of the index by New Zealand, Austria, Portugal and Denmark.

Meanwhile, Bhutan recorded the largest improvement of any country in the top 20, rising 43 places in the last 12 years.

Salman Khan to begin work on Sher Khan after wrapping up Inshallah?