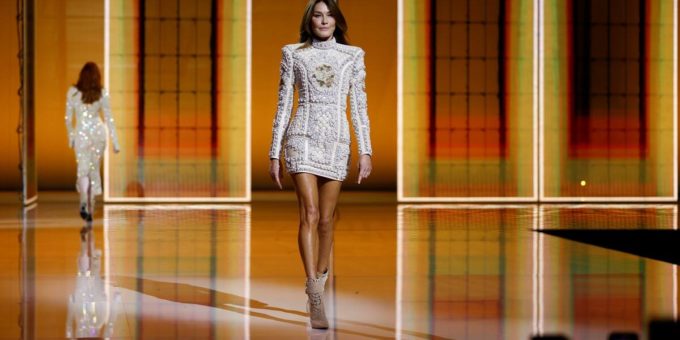 Models strutted down the stage of a packed music hall on the Seine River in deconstructed garments slit to show patches of bare skin, draped with chains and layered with bold-shouldered jackets or trench coats that swept the floor.

At the end of the show, the designer took his bow before the cheering crowd, flanked by over a dozen models wearing fanciful dresses coated in sequins.

The label hosted thousands of fans at the hall for a two-day festival that included performances from Jesse Jo Stark, Doja Cat and Franz Ferdinand.

Dozens of brands are holding in-person fashion shows during Paris Fashion Week which runs through Oct. 5, as slower COVID-19 infection rates and the easing of restrictions allowed the resumption of events paused during the peak of the pandemic.

Showgoers at the Balmain festival could buy food and drinks as well as branded merchandise including sneakers priced at 850 euros ($986) and bags of hair cosmetics.

T20 World Cup 2021, India vs Pakistan: When And Where To Watch, Live Telecast, Live Streaming