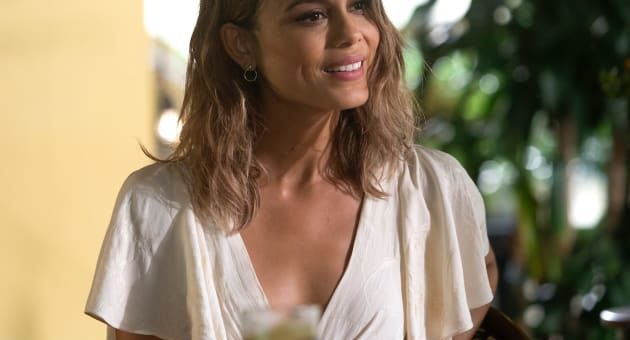 Nathalie Kelley is really angry at ABC for canceling her series, Baker and the Beauty, after just one season.


Baker and the Beauty was reportedly a show that was on ABC for one season this spring.


The actress, who helped anchor this series alongside Victor Rasuk, hasn’t issued a typical complaint in response to the cancelation, however.


Instead, she’s tied her issues with what transpired into the ongoing nationwide protests, the push for social justice and the need for equality.


“We are seeing now more than ever that representation is important for Black and brown people of color,” Kelley tells TV Line.


“How we are represented on our television shows determines how society sees us, and the empathy and support they will grant our communities.


“When we are constantly depicted as narcos and maids, we can’t expect to find favor with voters when they go to the polls and elect leaders who will decide on the fate of immigrants.”


On one hand, Baker and the Beauty garnered miniscule ratings and it would seem like business malpractice for a network to keep such a program on the air.


On the other hand, change must start somewhere.


And perhaps executives need to take a financial hit at times in order to further a more important cause.


“Baker and the Beauty is a show that depicts Latin families as warm, lovable, full of joy and compassion and humor,” Kelley continued.


“A cancellation by ABC means that there are now no shows on the networks with a Latinx cast.


“At a time when the public is marching in the streets demanding representation and diversity this is an extremely tone deaf decision.”


The star here, of course, is referring to the Black Lives Matter movement and the general uprising that has sprung up after the killing of George Floyd in Minnesota.


Shortly after news of Baker and the Beauty‘s cancellation went viral on Monday, Kelley announced on social media that the show still had a pulse.


“[ABC]’s loss will be someone else’s gain,” she said on Twitter. “So stay hopeful and activated about the show while we find it the right home!”


And now the actress is passing along a petition to save the drama, hoping it can be picked up on another network or platform.


“Send a message to these platforms that diversity matters,” she says.


Kelley’s call to action follows similar criticism by Eva Longoria and Zoe Saldana about ABC’s decision to give the show the axe.


(It’s worth noting here that ABC has also been panned of late for its lack of diversity on The Bachelor.)


“Well I’m sure you heard that @abcnetwork cancelled @bakerandthebeauty yet another show with an entire Latino cast!” Longoria posted this week.


“This is bad news for the Latino community! Why doesn’t @abcnetwork give it more of a chance for our gente to find the show?!”


“@abcnetwork set the trend, be the first to stick around! Represent Por Favor! We were all watching the show! And when I say WE, I mean we Americans of Latinx Blood.


“We the tax payers, the loyal customers, the voters, the soldiers, the healthcare workers, the labor workers, the entrepreneurs, the students, the teachers, the drivers, the gardeners, the nannies, ALL OF US! We were all WATCHING!!!!


“@beautyandthebaker team, you are all flawless please go where you are wanted because we need you!!!!