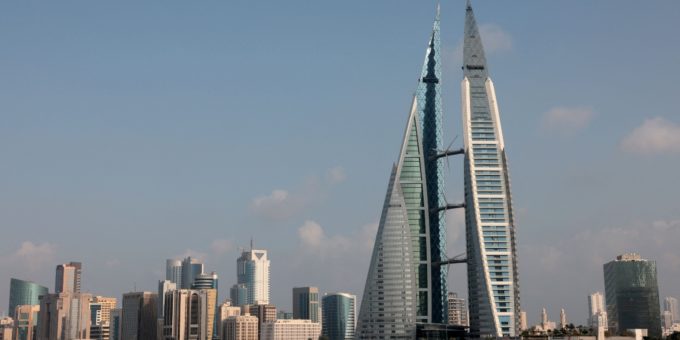 ANKARA: As part of Turkey’s normalization efforts with its former foes, its Foreign Minister Mevlut Cavusoglu announced on Dec. 13 during a speech in parliament that Turkey and Armenia had agreed to mutually appoint special envoys for starting to mend broken ties.

After more than three decades with a closed land border which obliged Armenia to use Georgian and Iranian borders to reach out to the world, charter flights will now resume between Yerevan and Istanbul.

Richard Giragosian, director of the Regional Studies Center, Yerevan-based think tank, said this announcement — which is being seen as Turkey taking a first step in support of “normalization” with Armenia — follows several months of positive statements between Yerevan and Ankara.

Since the summer, the two countries have exchanged positive signals at the diplomatic front, with Armenian Prime Minister Nikol Pashinyan saying on Aug. 27 that it was considering reacting to positive public signals coming from Ankara by reciprocating with similar steps.

Speaking during a meeting of Commonwealth of Independent States country leaders on Oct. 15, Pashinyan confirmed that normalizing ties with Turkey would contribute to establishing a lasting regional peace and implementing the agreements reached last year on the Nagorno-Karabakh crisis.

Relations between Armenia and Azerbaijan have been tense for three decades over the status of the Nagorno-Karabakh region, a territory that is occupied by the Armenian military but is internationally recognized as part of Azerbaijan.

Last year’s 44-day war over the key territory changed the regional calculus with the defeat of Armenia, which handed back the occupied territories to Azerbaijan. With this move, the main reason for Ankara to close its borders with Armenia became irrelevant.

Turkey is expected to take normalization steps with Armenia in coordination with Azerbaijan. But the extent to which Russia will be involved in the process or play a spoiler role is still unclear.

“This is significant for several reasons,” Giragosian told Arab News, adding: “First, the process of normalization, which lays the basis for eventual reconciliation, is part of a broader post-war effort to restore regional trade and transport in the South Caucasus region.”

The two countries had signed landmark peace accords — known as the “Zurich protocols” — in a bid to establish diplomatic ties and re-open the joint border in 2009, but they were never ratified, as their relations remained tense as Turkey conditioned the agreement on the withdrawal of Armenia from Nagorno-Karabakh.

Giragosian thinks that a return to diplomatic engagement between Turkey and Armenia offers a rare success in Turkish foreign policy and a positive development after months of political instability and economic crisis in Turkey.

“And this is also a component of a more ambitious Turkish effort of rapprochement with Israel, the UAE and others,” he added.

As Turkey feels excluded by Moscow in the post-war regional arrangements as it was sidelined in the Russia-Armenia-Azerbaijan working group on reopening transportation links, these normalization talks will offer a chance for Turkey to have a say at the table, experts also noted.

According to Nigar Goksel, Turkey director of the International Crisis Group, Turkey and Armenia deciding to appoint special representatives is an important positive first step in what is likely to be an incremental normalization process.

“Ankara will be navigating delicately to ensure that Baku is on board at every step along the way as it progresses dialogue with Yerevan,” she told Arab News.

But Goksel thinks that Russia will also be involved in the process.

During a press briefing on Nov. 25, Russian Foreign Ministry spokeswoman Maria Zakharova said that Moscow was prepared to mediate efforts to repair relations between Armenia and Turkey.

“Turkey will want to ensure regional stakeholders do not have an incentive to act as spoilers. As such I think regional transport and economic integration will be a central focus, because it is in the interests of all sides. Regional integration is likely to be the basis upon which people-to-people reconciliation will be built up in the longer term,” Goksel said.

The agreement that ended the Nagorno-Karabakh war in 2020 included the “unblocking of regional economic and transport links” in the region, triggering debates over the prospects of opening regional transport links.

Although a welcome move, Giragosian thinks that this is merely a first step toward the minimum of relations between neighbors: The reopening of the closed border and the establishment of diplomatic relations between Turkey and Armenia.

“Nevertheless, this does reflect a new environment more conducive to de-escalation and post-war stability, as well as the start of a return to diplomacy after unprecedented Turkish military support for Azerbaijan’s war for Nagorno-Karabakh in 2020,” he said.