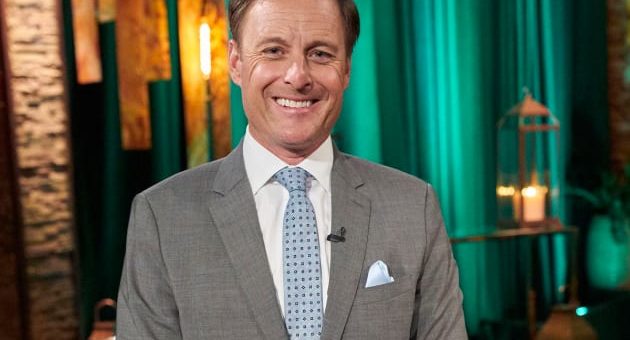 Chris Harrison is moving on.


The long-time Bachelor and Bachelorette host will NOT return to these beloved programs, not after he mishandled a race-based scandal this winter involving former contestant Rachael Kirkconnell.


He will reportedly receive $50 million for walking away, provided he signs a non-disclosure agreement.


So while some viewers may be sad to see Harrison go, the guy is making out just fine.


He’s likely guffawing all the way to the bank.


As for how those who have worked closely with Harrison feel about his departure?


We’ve collected their tributes and their reactions to his departure below.

“I’ve had a truly incredible run as host of The Bachelor franchise and now I’m excited to start a new chapter,” Harrison wrote on Tuesday, June 8 afternoon via Instagram. “I’m so grateful to Bachelor Nation for all of the memories we’ve made together. While my two-decade journey is wrapping up, the friendships I’ve made will last a lifetime.”

2.
How is Bachelor Nation Responding to the News?

Arie Luyendyk Jr. wrote on social media, “Love you brotha. On to bigger and better things,” while other reacted to this bombshell as follows…

“It will never be the same. Truly the end of an era. Thank you for all the years of hard work and love you put into the show. I have a lump in my throat writing this. Can’t wait to see your next move. I love you.”

“Wishing you the best in your next chapters, Chris. So much love.

“Love you @chrisharrison you have a lot to be proud about. Can’t wait to support you in your next endeavors.”

“Thanks for all the memories Chris. For me you were always a familiar and comforting presence over my last 10 years of being part of this franchise. Thanks for being a friend and I’m looking forward to seeing what you do next.”

“Love you Chris. Thank you for your friendship.”

“Congrats on the run buddy. The general public doesn’t have any idea how much you helped us cast members deal with the behind the scenes of the TV world. Looking forward to seeing you soon.”

“Love you my friend”

“You are truly irreplaceable as host, thank you for all the years you put into this show and making it what it is. No one does it quite like Mr. Chris Harrison.”

“You know what, they always mix things up. It’s unfortunate to see Chris go. I know a lot of people are really big fans of him. He’s definitely a staple, he’s been the host for years.”

“Love you, Chris. Won’t be the same without you. Cheers to all you’ve accomplished thus far and excited to see what’s next. Wherever and whoever it’s with, they’ll be lucky to have you!”

“You are incredible Harrison. What a loss for the show. Many people won’t be watching anymore. Myself included. One thing I know is that you [sic] will above all of this! Can’t wait to see what is next for you! I am proud to call you my friend.”

“It will never be the same. Love you buddy.”

Said the first-ever Black Bachelorette, who hasn’t always seen eye-to-eye with Harrison: “I wasn’t expecting for it to happen,” she said on Extra. “I think several past contestants coming forward and saying they didn’t want him to be part of Paradise. I think Katie Thurston, her very last tweet before she went to film her season was that Chris needed to step away. “I think that, coupled with the interview that happened on this very stage, maybe led to him not coming back.”

16.
Does She Still Forgive Harrison for How He Handled the Kirkconnell Saga?

“I still stand by that,” she said, reiterating that she accepted Harrison’s apology back in March. “I do. I think that’s the way to move forward.”